Scyllaea pelagica is a species of a nudibranch.

When I saw this sea slug for the first time, it resembled a floating rag to me. A very small floating rag. It is even waving in the water and it will bent easily in the smallest water current. 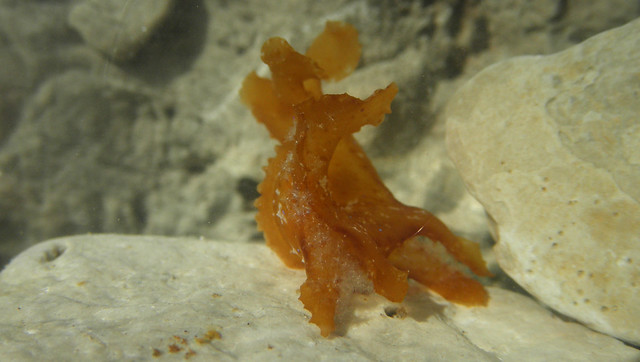 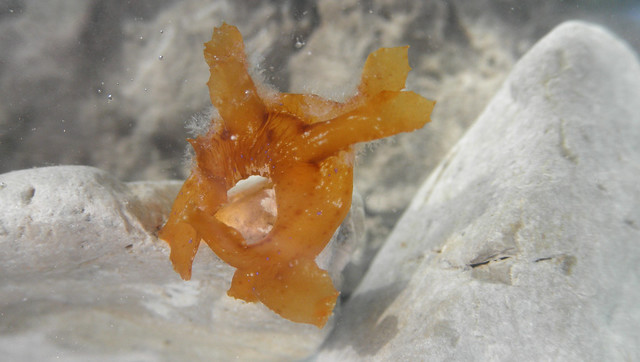 I suppose that such appearance gives to a slug an advantage against predators. The brown coloration gives a resemblance to surroundings between the Sargassum brown algae. Its waving is a cryptic behaviour. Those are two ways of a camouflage.

Its constant movement and bending in every unobvious angles is a challenge for taking photos of this sea slug.

Its body length can reach up to 45 mm. My specimen comes from southern Croatia. The whole distribution of this species is large, because it can be found in all tropical and temperate seas. It is the only species from the family Scyllaeidae in Mediterranean Sea.

Let’s taken a closer look in a clearer position. Right side view of the Scyllaea pelagica heading right: 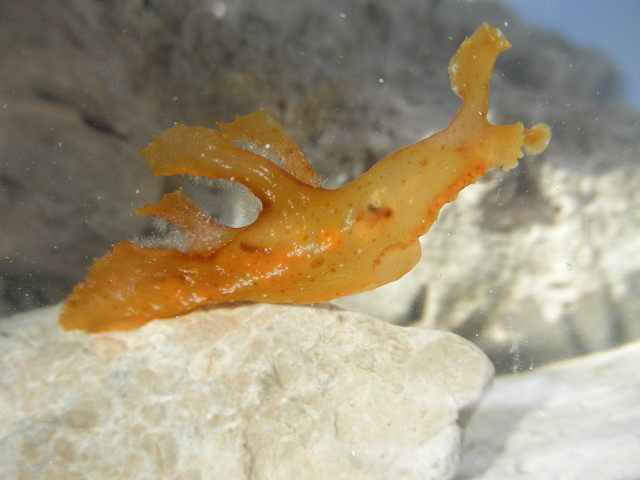 Left side view of the Scyllaea pelagica heading left: 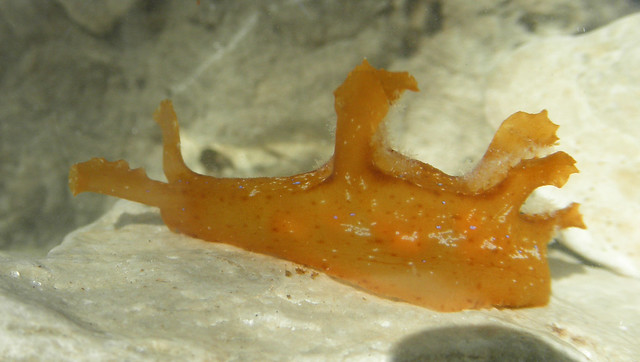 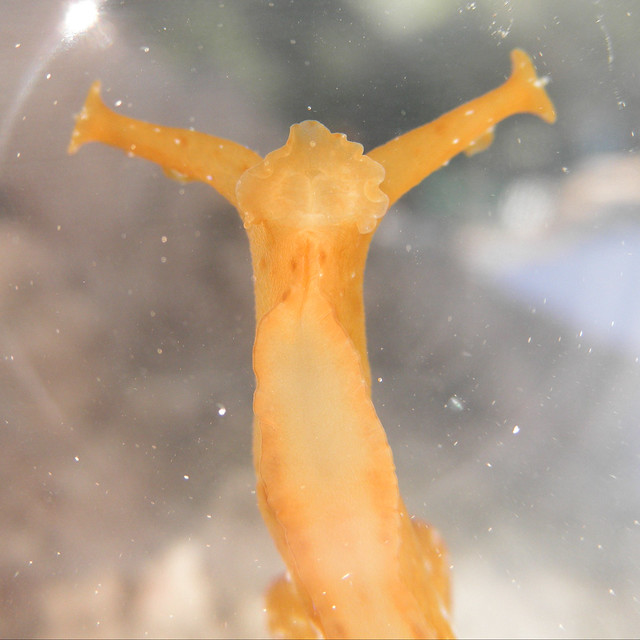 There are two pairs of lobes on its dorsal part of the body. Underside view: 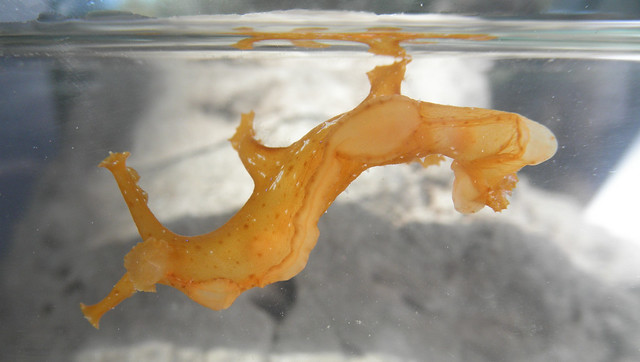 There are also visible dendritic gills on the dorsal part and between lobes. Gills are transparent or white in color. 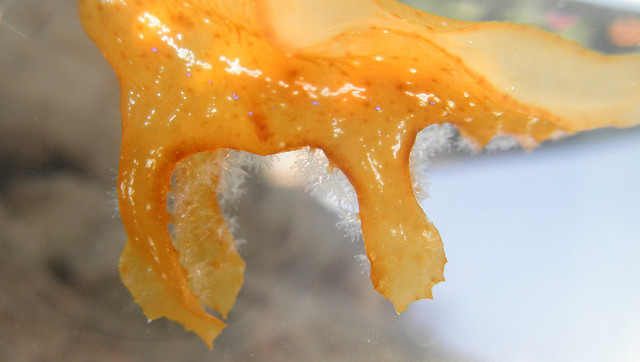 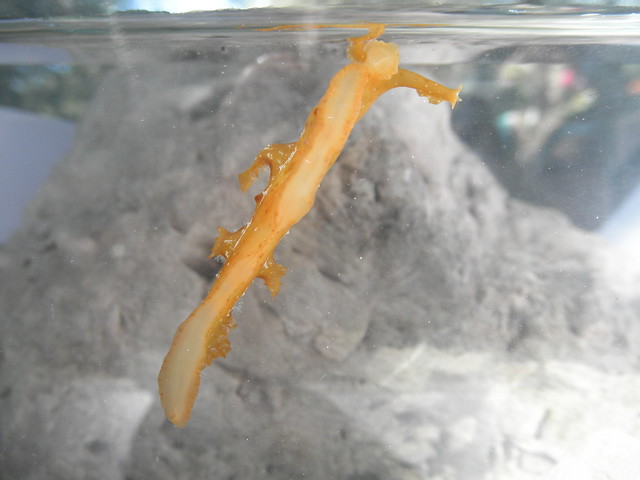 There are also beautiful blue spots on the sides and on the dorsal part of the body.

Where are eyes? I found no eyes in my photos. I am also not sure what exactly are orange like structures inside the body of the slug.