This is a Native American woman’s dress with cowrie shells.

The dress is on display in the Náprstek Museum of Asian, African and American Cultures in Prague. It is a part of the temporary exhibition Indians in 2017-2019. 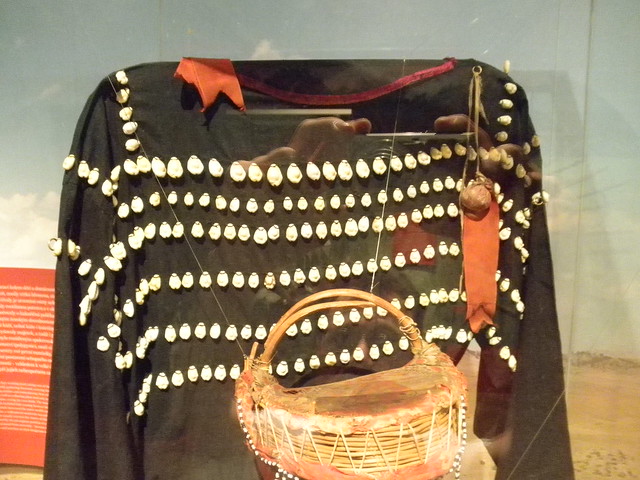 It is a woman’s dress made of cotton. The bodice is decorated with six lines of cowrie shells (family Cypraeidae). They are probably shells of money cowrie Monetaria moneta, that is the most common cowrie. 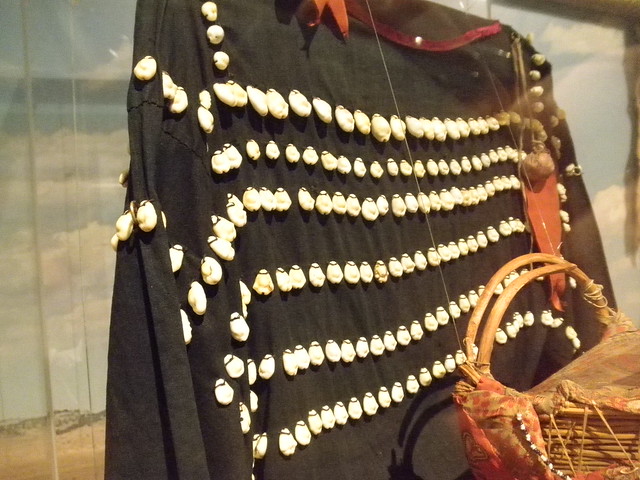 The dress is from the first half of the 20th century. It comes from the Western Plains Indians. According to the Museum staff is was made by Crows or by Cheyennes. Shells comes from the Indo-Pacific tropical waters and therefore they were imported to the Great Plains.

There is also a belt made of hide and of cloth. There were used porcupine quills in the embroidery of the belt: 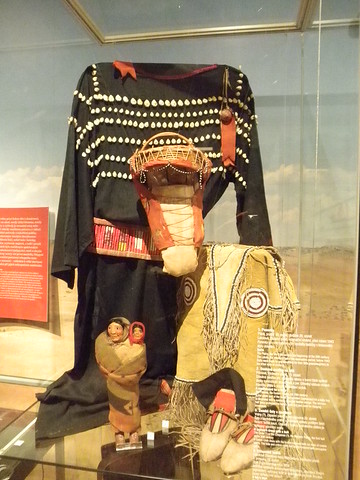 Such cowries decorations were used also by other Native American tribes, including for example Sioux. Decorating by Crows with elk teeth looks very similar. Elk teeth were probably used in times when cowries were not available yet.

The same style of the dress is shown for example on this 1904 photo: 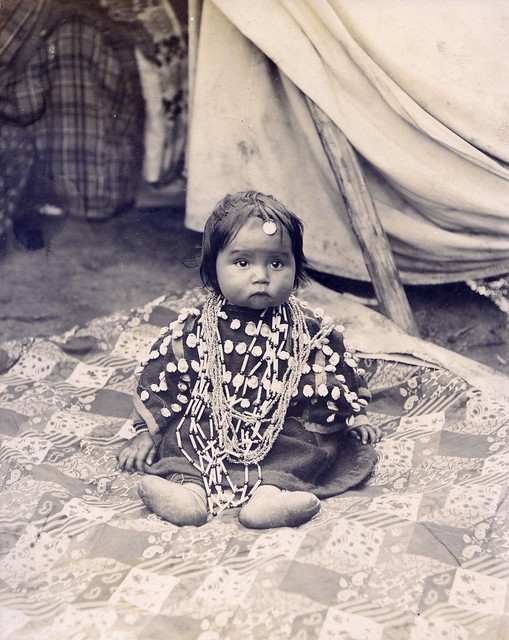