This is the snail shell container that is used by shamans of Yanomami South American Indians for keeping hallucinogenic yopo. The container was made from the shell of a land snail from the genus Megalobulimus (family Strophocheilidae). 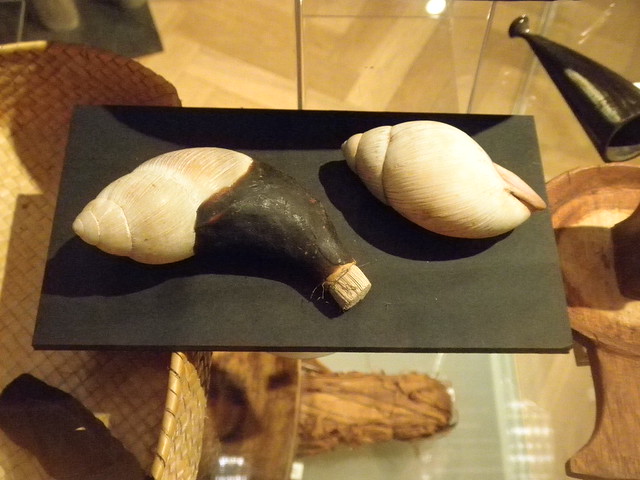 It is on display in the Náprstek Museum of Asian, African and American Cultures in Prague. It is a part of the temporary exhibition Indians in 2017-2019 as the previous post.

It was made by Yanomami tribe and it was collected in Brazil in 1989. Yanomami belong to a big group of South American tropical forest cultures. Their religion is shamanism. Various hallucinogenic stuff helps to shamans to communicate with the realms of supernatural powers.

Yopo sniffing powder can be prepared like this. Only shamans should do this because it is causing intoxication. Take seeds of Anadenanthera peregrina tree. Roast them on a clay pot. Crush them into powder. You can add some lime or lime fired from crushed shells. Add some water. Made a paste. Form a small cakes from the paste. Dry the paste on a pot by the fire. When the paste is solid, mill it into a powder. 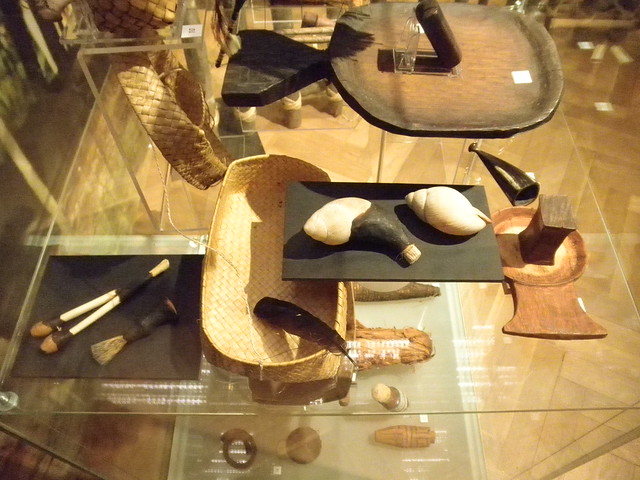 A snail shell container is used for storing the yopo “cakes”. It is made of the shell, a wood and of burned bee’s wax: 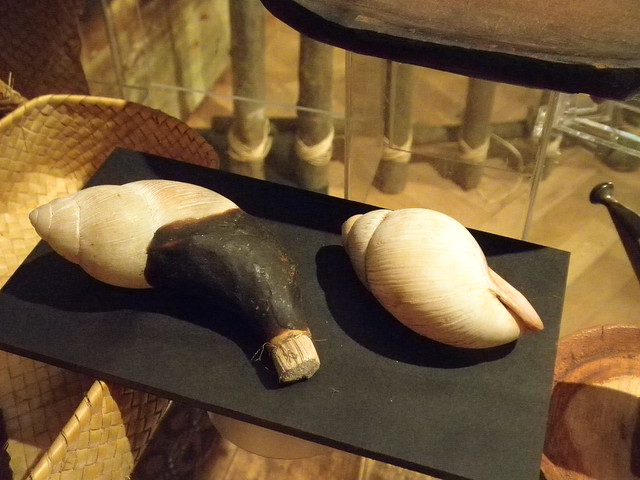 Wooden plate or a friction bowl is used to crush the yopo into a very fine powder. Yopo is inhalated from the plate too: 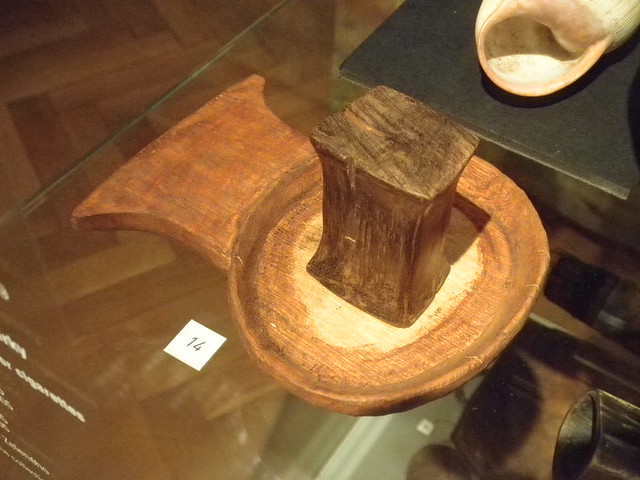 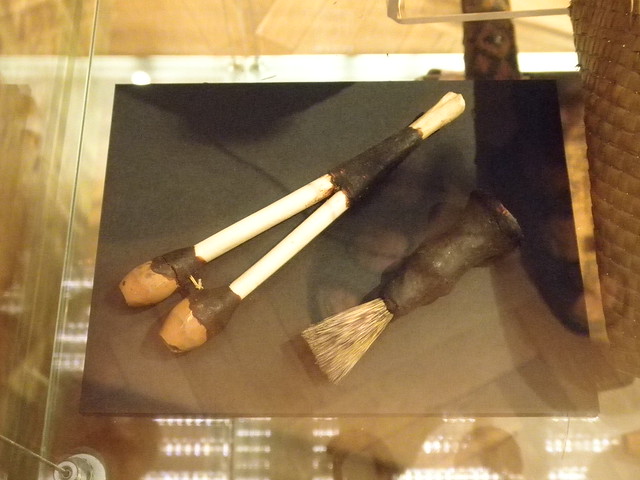 A woven box is used to store all of those things.

For example there is very similar set depicted from Puerto Ayacucho in Venezuela on the figure 1. Puerto Ayacucho is about 500-600 km far away from the area where where Yanomami tribe exist.

Grossmann (1957) wrote, that Guahibo Indians produce yopo while adding calcium of snail shells to make yopo effective.  Nieves-Rivera et al. (1995) wrote, that Taino Indians from Caribbean added crushed shells to the yopo powder. The powder was made from big marine shells probably of true conchs Lobatus gigas, Lobatus costatus and Strombus pugilis. Altschul (1972) specified that Otomac culture from the area of Orinoco obtained the lime “… by firing the shells of large snails which the Indians eat and which they collect on river flood-banks.” That makes sense, because no matter how will you add calcium. Either from lime, from marine shells or from non-marine snail shells. 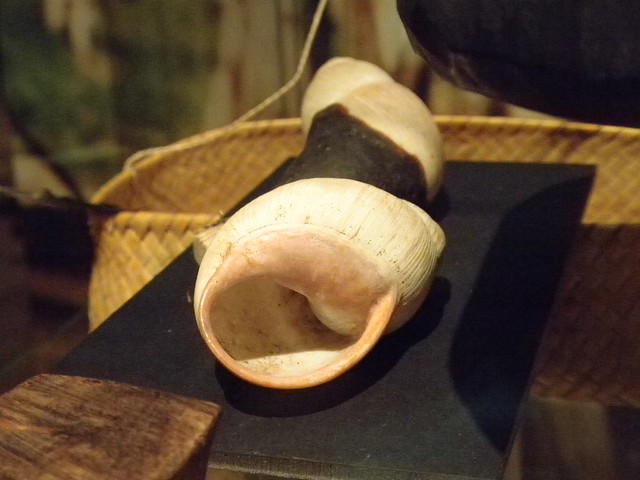 Another view of the container and the shell: 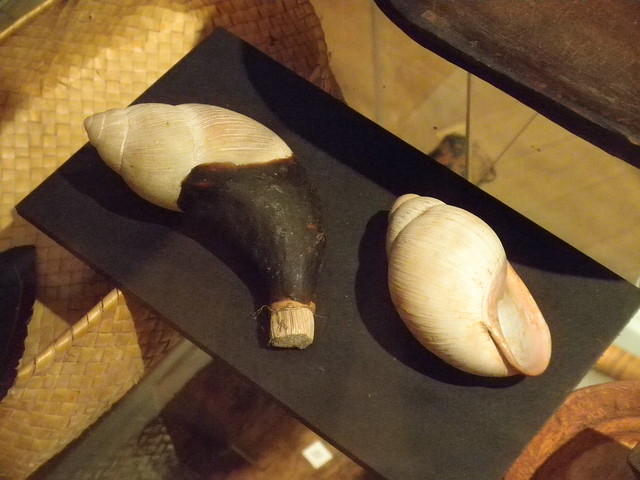