Ambigolimax valentianus is a land slug from the family Limacidae. Its native distribution includes Iberian Peninsula only, but it is spreading in many other countries as an invasive species. It can live in greenhouses and similar habitats in cold areas only. It lives in greenhouses in Central Europe too. It is a pest in greenhouses and it is able to overpopulate and then it can be a serious pest. It can reach the length up to 70 mm.

Various views of the slug: 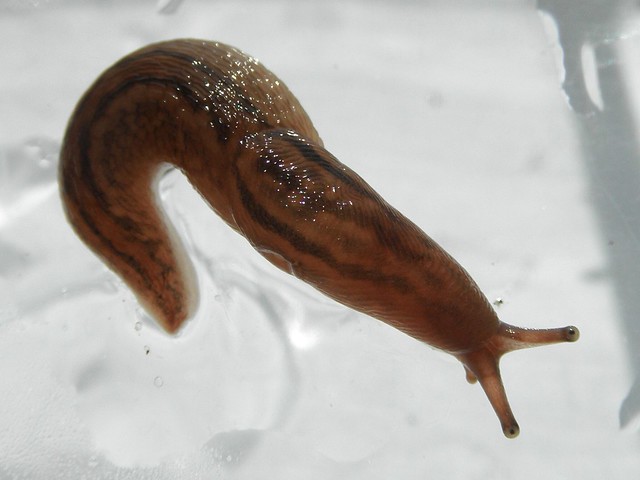 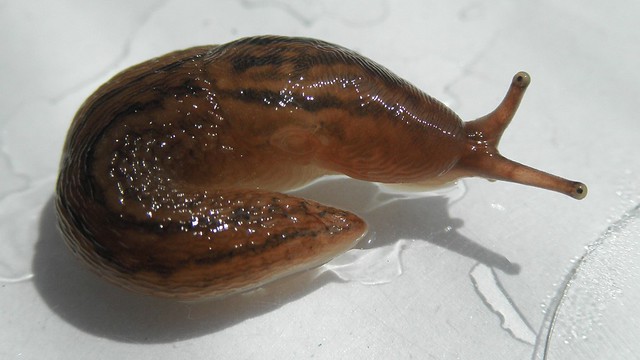 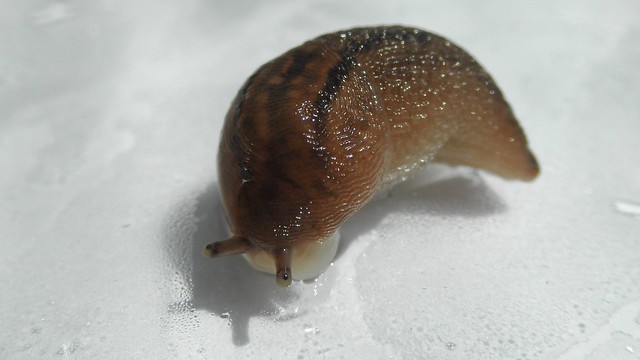 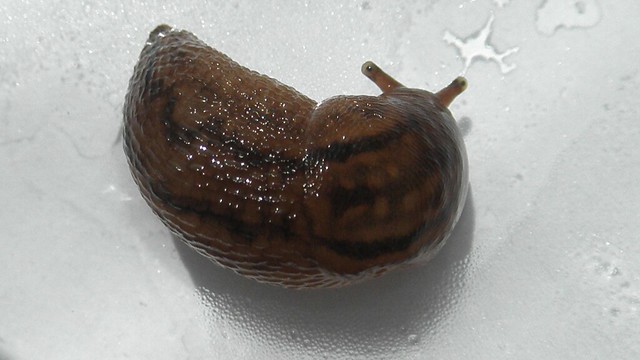 The foot is light gray: 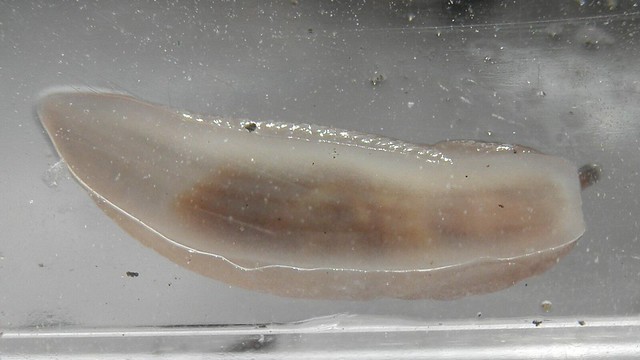 There exist two forms of Ambigolimax valentianus: a form with two dark lateral bands and a a spotted form. The spotted form looks like this. It looks a bit yellow on the photo, but it is caused by the sunglight. 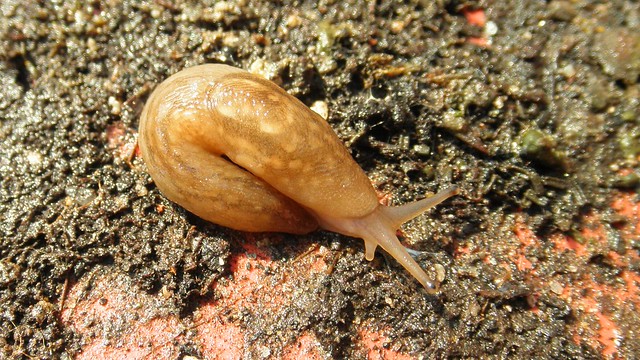 Its eggs look like this. I found those eggs below the bowl for the potted plant. 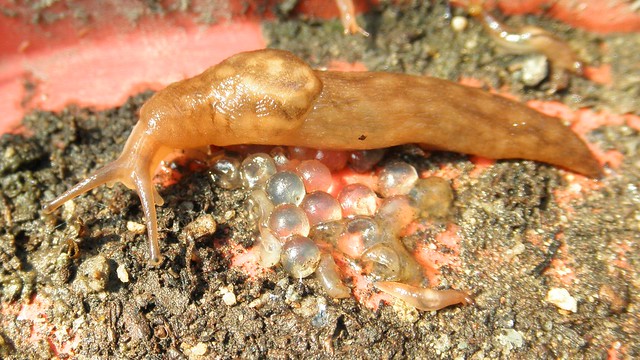 Notice the juvenile slug in the front. It is interesting that its egss will not survive temperatures above 33 °C. 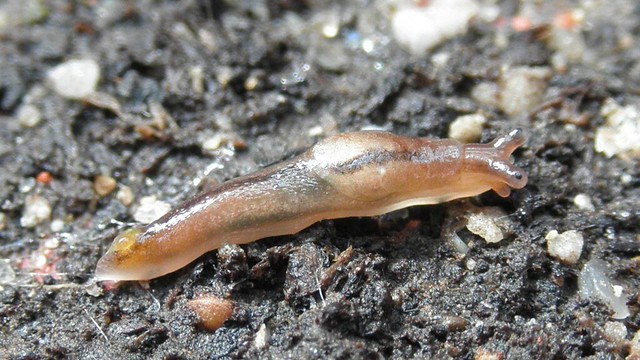 Another photo with juvenile slugs: 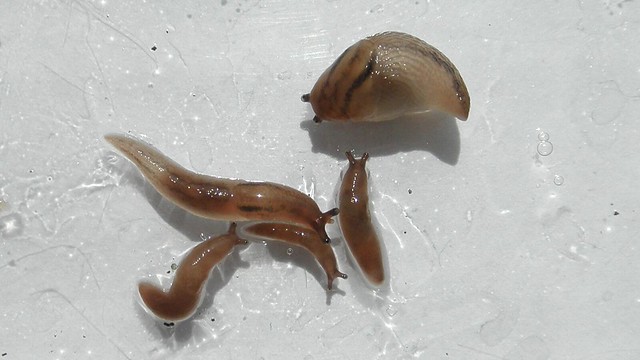 This species is also known as Lehmannia valentiana. In fact I did not known, that it could be placed in the genus Ambigolimax up today.

So I searched for reasons of its generic placement:

Klee et al. found out based on molecular phylogeny research of cytochrome-c oxidase I (COI) genes, that the genus Lehmannia is diphyletic in 2005. She also repeated the information in her thesis in 2013.

Rowson et al. confirmed such placement also according to the COI genes analysis in 2014. By the way, they did not comment this species in the PLoS article anyhow. They just shown the cladogram on the figure 5.

Lehmannia marginata (O. F. Müller, 1774) still belong to the genus Lehmannia Heynemann, 1863, because it is the type species of the genus.

There is a question, where will belong other 13 European species of Lehmannia. Especially those ones, whose reproductive system is not known.