Flabellina affinis is a species of a nudibranch (Nudibranchia). Some nudibranchs really breathe by naked gills, but this species belong to a group of nudibranchs, that breathe by the whole body surface.

It is common species in the Mediterranean Sea. It feeds on colonial hydrozoids from the genus Eudendrium. It live in rocky habitat in the sublittoral zone not far from the shore.

I have taken photos in the lab (ex situ), so we take take a look at some anatomical features. Flabellina affinis can reach up to 50 mm, but my specimen is much smaller, about 20 mm. It is pink. 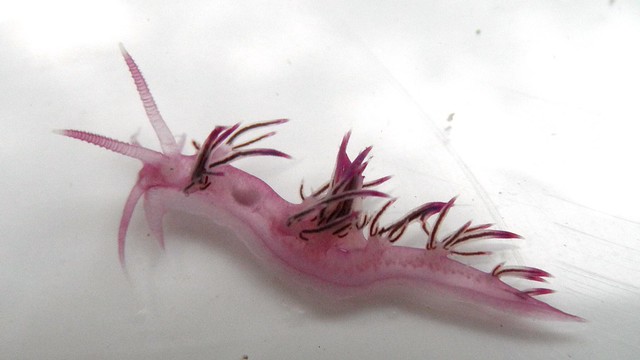 Frontal view of the slug: 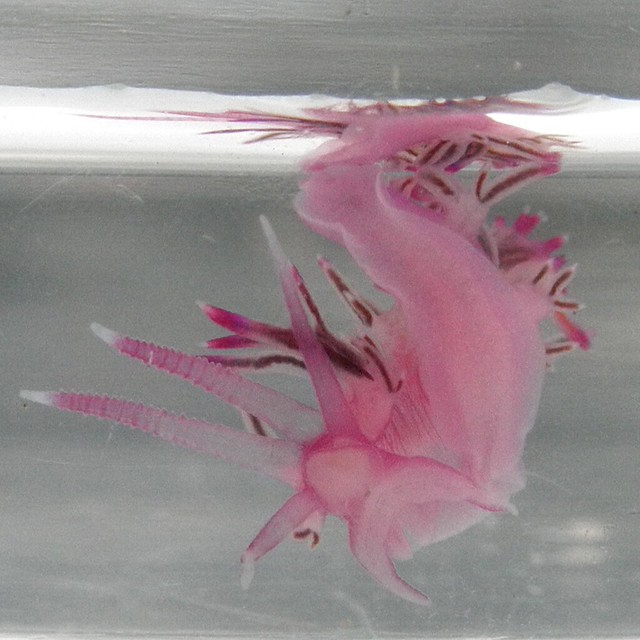 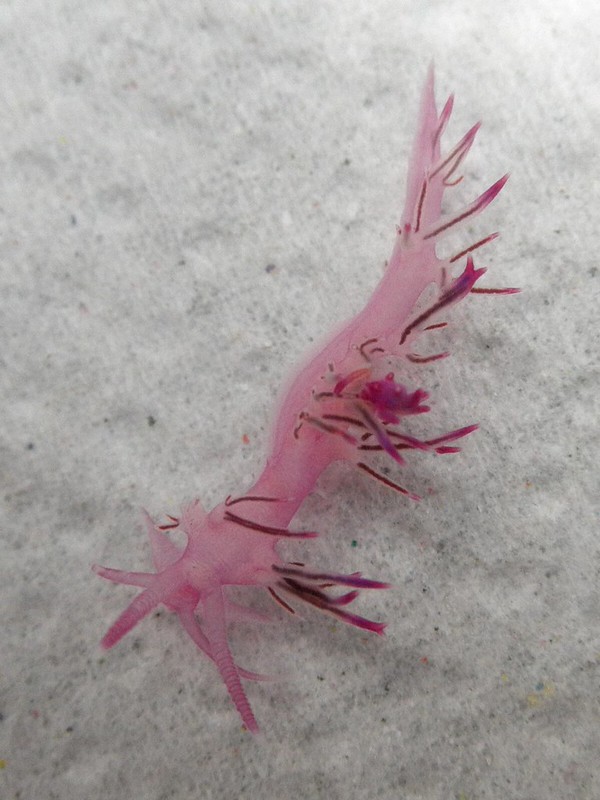 The slug is small and it can crawl on the water level in the laboratory conditions. So there is also foot or ventral side visible on photos sometimes. There are visible genital apertures bellow the first group of cerata on the right side of the body on the following photos. They looks like two small tubercules. There is visible anus as a black dot on the right side between the first and second group of cerata. Anus looks like a small pointed tubercule: 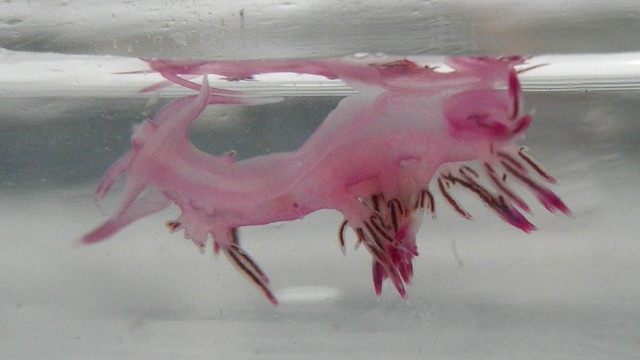 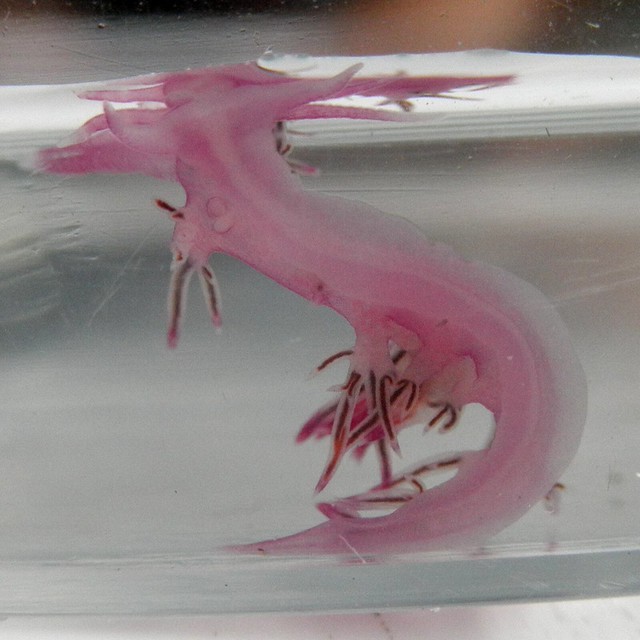 There is a dark structure between the first and the second group of cerata, but I do not know what it is: 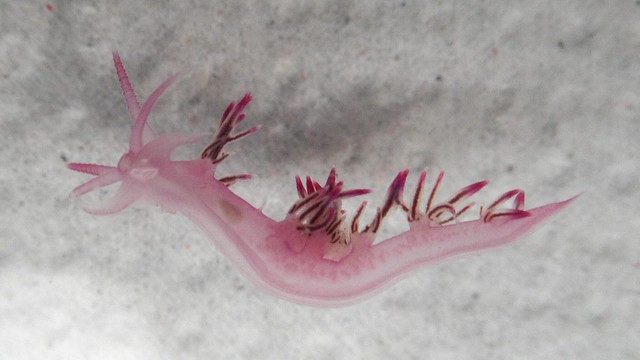 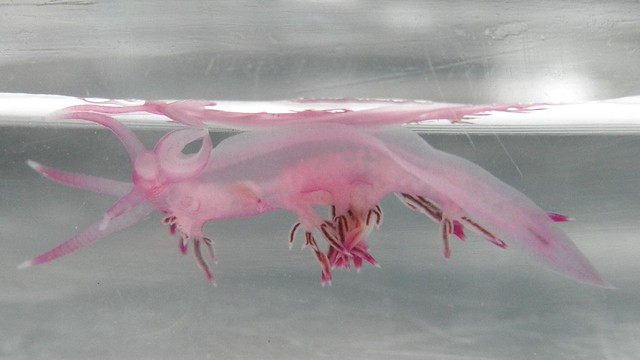