Bithynia leachii is a widespread freshwater snail in Europe and it is a least concern species. This snail can live in natural and unpolluted wetlands only. In some areas, for example in the Czech Republic, it is critically endangered, because it inhabits a very limited area there.

There is seen on this frontal view, that the shell has very convex whorls and a very deep suture. This feature distinguish it from other Bithynia species.

Right side view of the same snail: 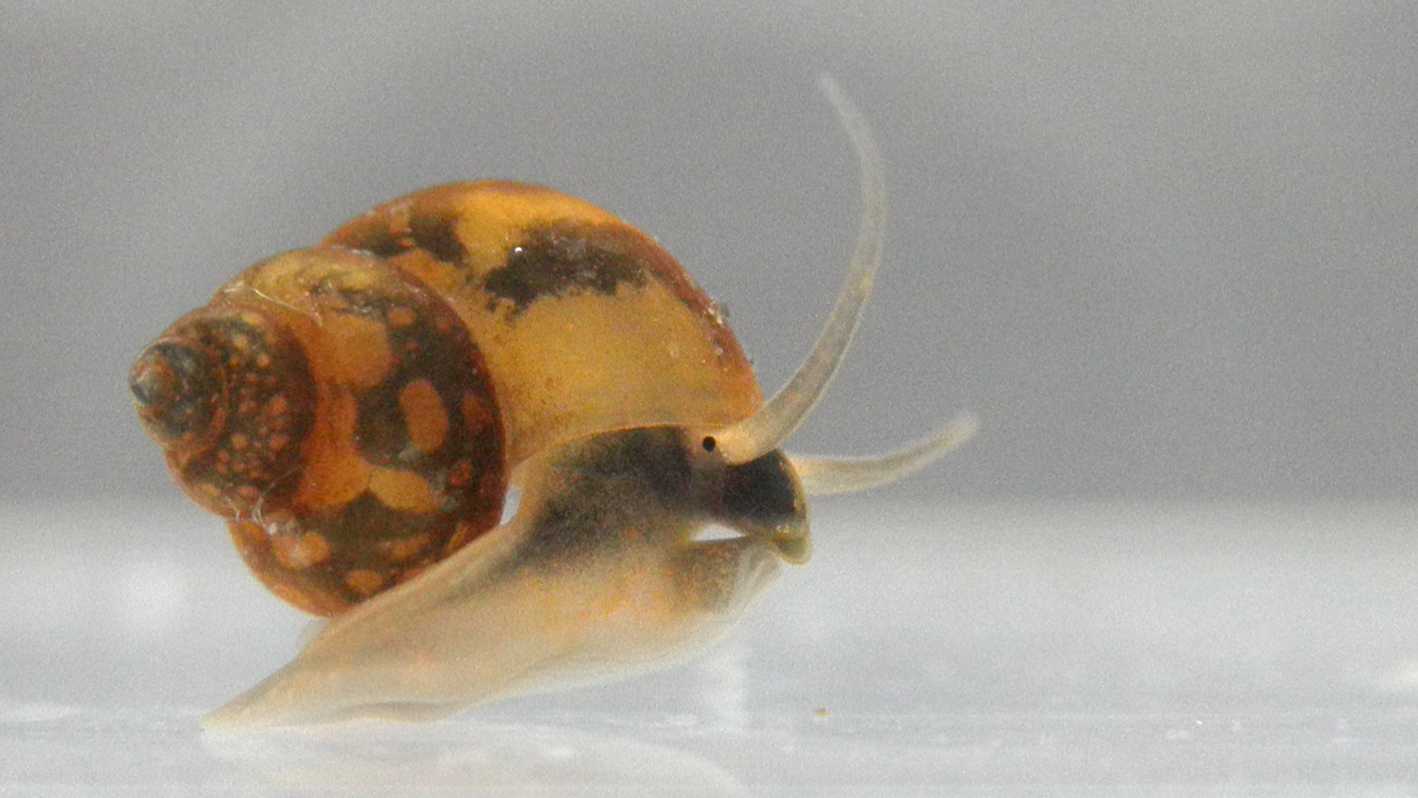