I have collected one Lymnaea stagnalis and few Stagnicola sp. species in the outdoor shop of various plants including wetland plants and freshwater plants. I noticed tiny white worms on snails later when I put snails into my aquaria.

I do not know how many trematodes were in snails or in the environment, but maybe lot of them.

From time to time, I used to watch them and I was waiting for the time when they would multiply and when they will torture snail to death. It did not happen.

One day (do not know it exactly, probably few months later) I noticed that all worms disappeared. I did not know why they were gone.

Later I found the reason in the 1974 thesis. Chaetogaster limnaei limnaei is highly sensitive to temperatures above 24 °C. Such a temperature reduces or completely eliminates these worms. Therefore, If you transport worms from their natural environment to your tropical aquarium, there is no need to worry. If you have aquaria with aquarium heater, they are bound to be killed by high temperature. Worms are killed in summer heat as well.

There does not seem to be anything strange from the general point of view. Nevertheless, there are still many worms on the snail’s body.

They are in mantle cavity too. 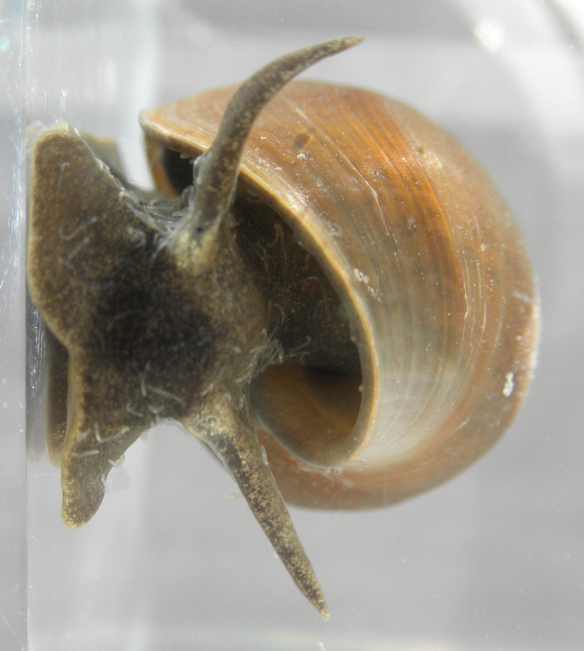 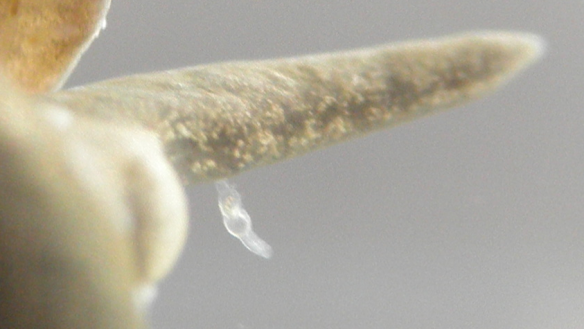