Pisania striata is a marine snail in the Buccinidae family. It is a common species in the Mediterranean Sea. It is a scavenger or predator, but I found no detailed information about its food. Its habitat include rocky seashore (eulittoral zone or intertidal zone) and in the sublittoral zone not far from the shore (subtidal zone).

The height of the shell is up to 30 mm. There are fine spiral striae on its shell sculpture. The specific name striata is derived from those striate.

This one is from the Dubrovnik-Neretva County, southern Croatia. I have taken this photo in situ in very shallow water (about 2-3 cm) with an ordinary non-water-proof camera. Maybe it can be a motivation for anybody to take photos of marine animals with any camera. You just need to take care about reflections from the water level.

Its body is black. It extend its siphon through the siphonal notch during crawling, because there are chemoreceptors in the siphon and the snail is searching for its prey: 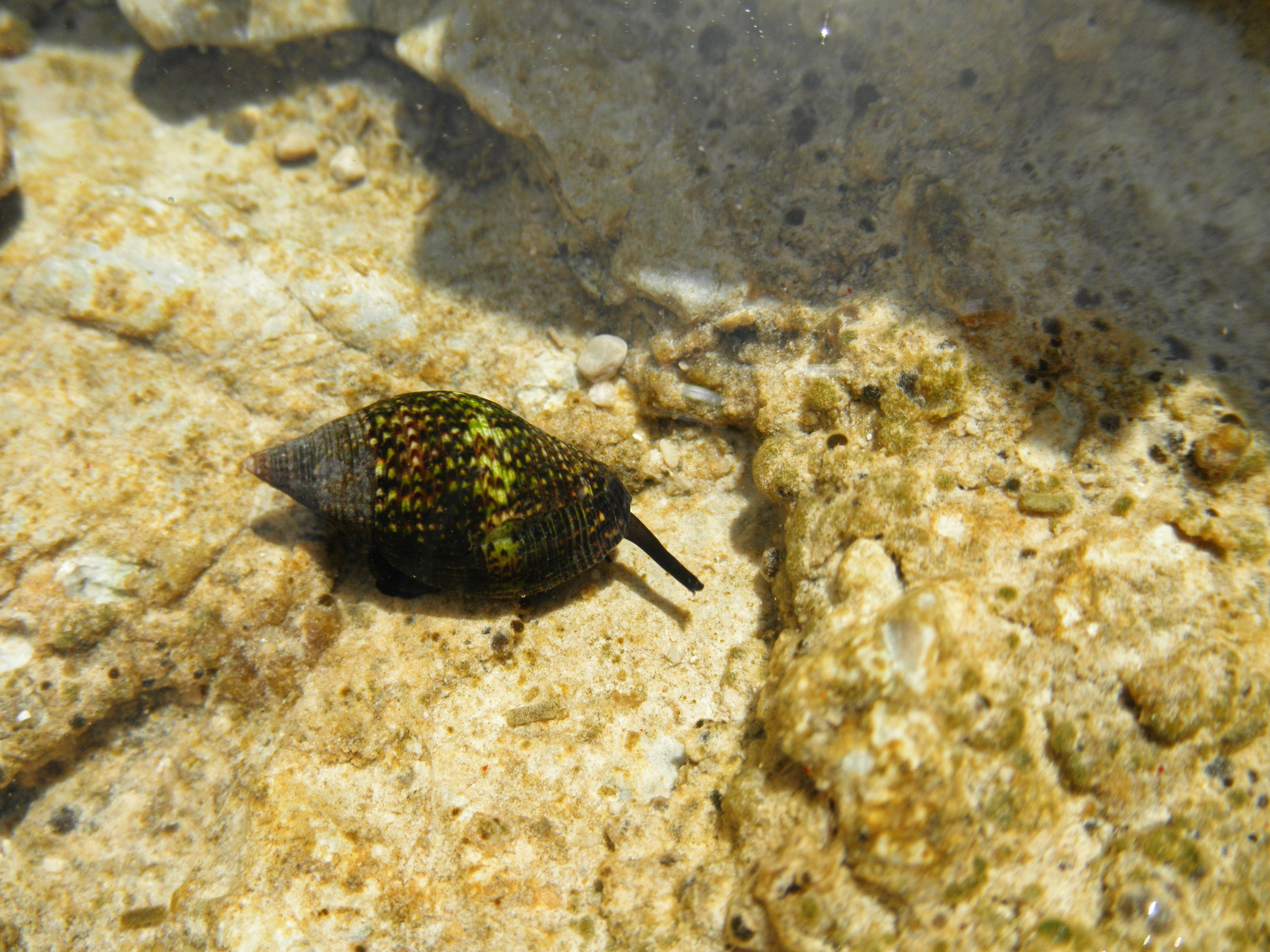 Detail of the snail:

Apertural view shows, that its foot and some parts of its body are surprisingly light gray: 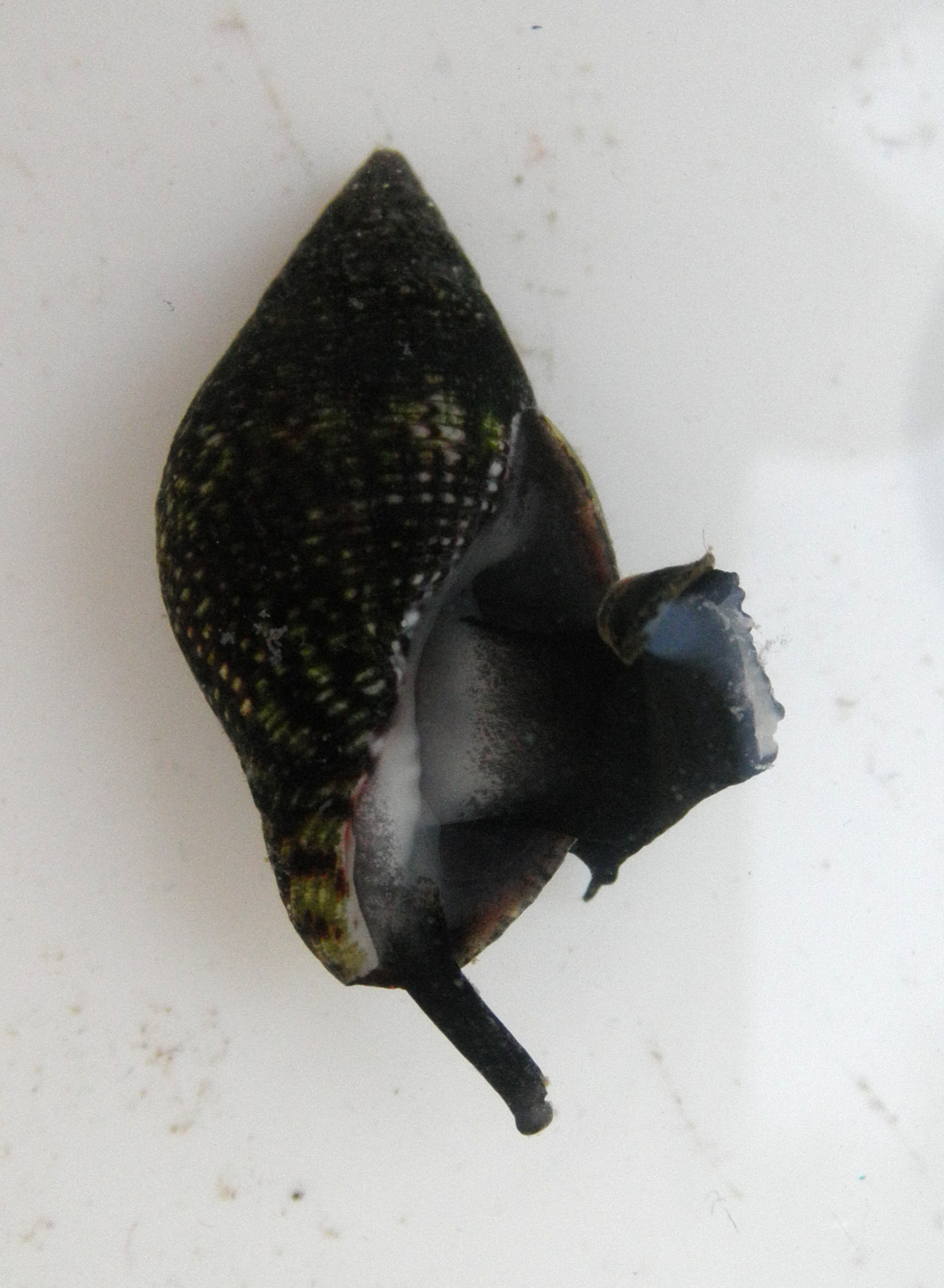 You can also compare the length of its siphon with tentacles: 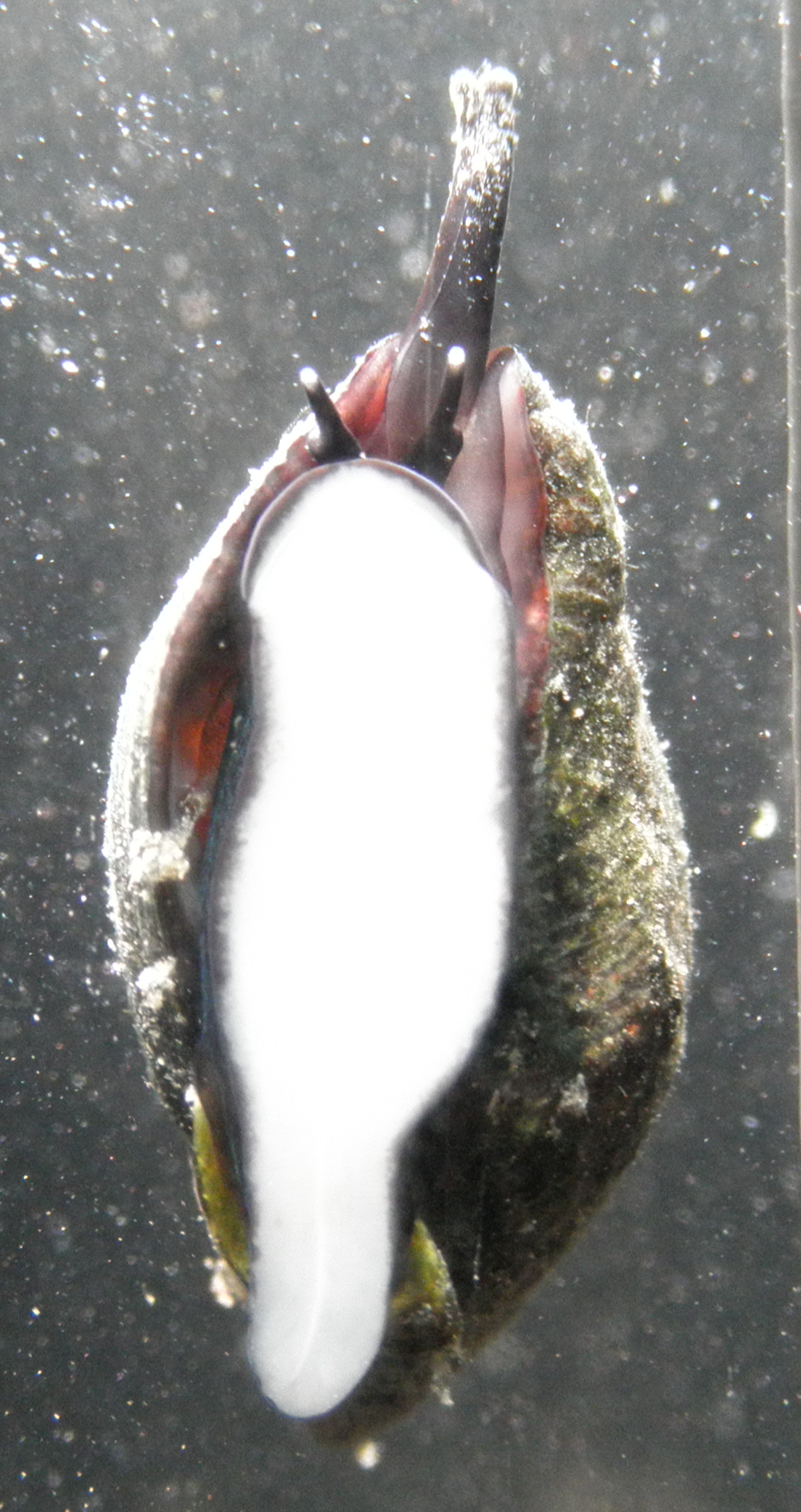 Another view shows that the shape of its operculum is like a droplet: 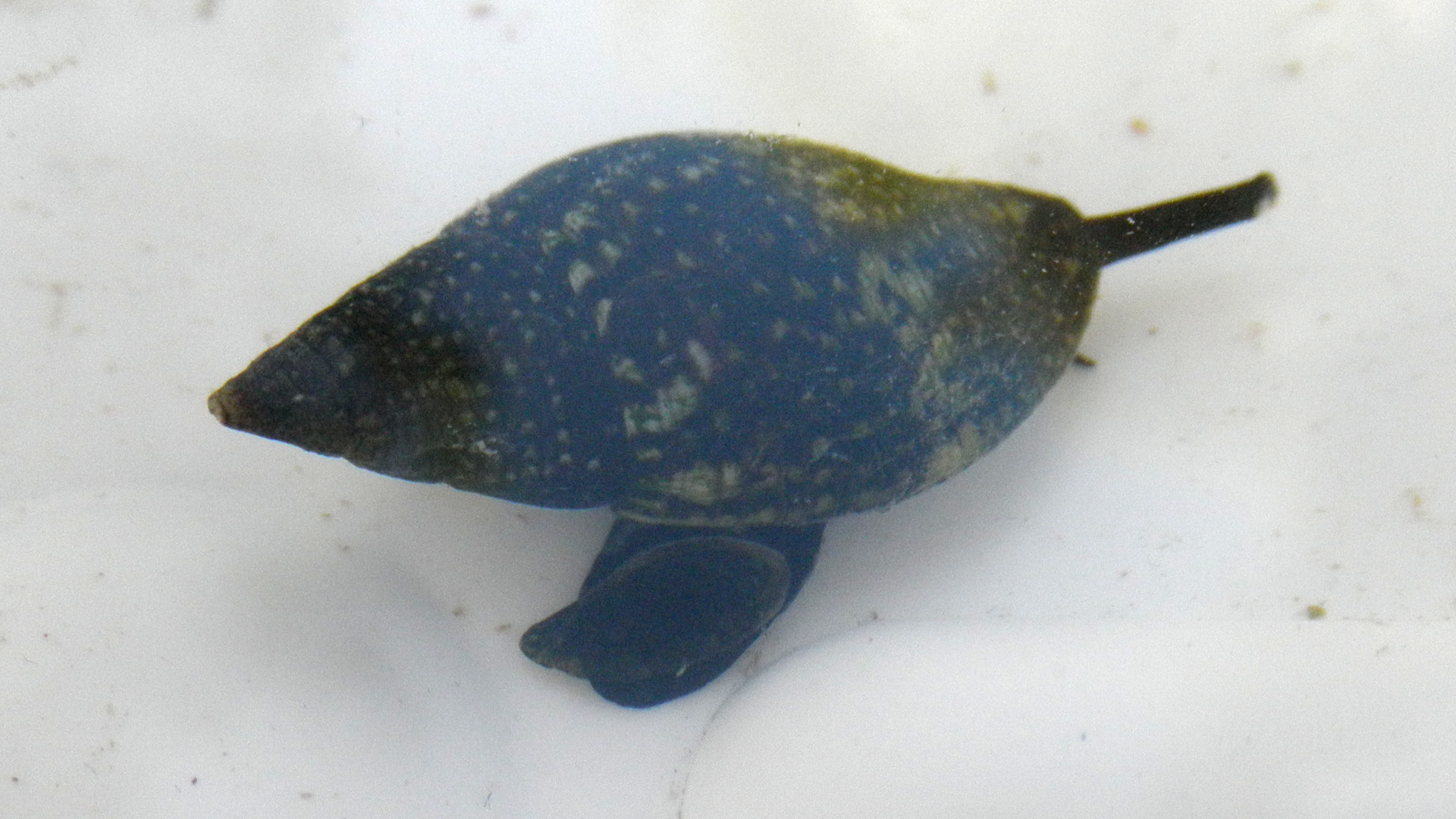 * It is a scavenger or predator.

* It have also an operculum, of course.

Clea helena lives on the sandy bottom or in the muddy and sandy bottom in lower reaches of rivers in Southeast Asia. The long inhalating siphon is usually stretched forward or upward. It serves very well for breathing in the mud and it probably helps to locate the decaying animals or a live prey according its smell. Its live prey are other species of snails. Clea helena snails are often burried or partially burried in the substrate. The shell is at least partly covered by the muddy sediment, that could be a good camouflage.

This width of this empty shell is 7.5 mm and the height is 15 mm. I did not find an opeculum in the substrate because the opeculum is quite small and it have a silimar color as the sand in my aquarium.

Two oblique views of the shell show the siphonal notch:

The width of the shell of this live specimen is 7 mm and the height of the shell is 14 mm. The opeculum is covering an aperture.

Abapaertural view of a shell and dorsal view of the snail:

The foot and head region is patched in yellow and gray color. Fully extended snail:

Ventral side of the foot have the same color as the rest of the body:

Frontal view of the snail shows its tentacles, position of its eyes and siphon. Umbilical view of a shell.

Clea helena have separate sexes (some snals are males and some are females), but I have no idea, what is the gender of the specimen on these my photos. I have not seen them mating yet.