I have taken these photos of spoons and cutlery in a shop in Hội An, Central Vietnam. 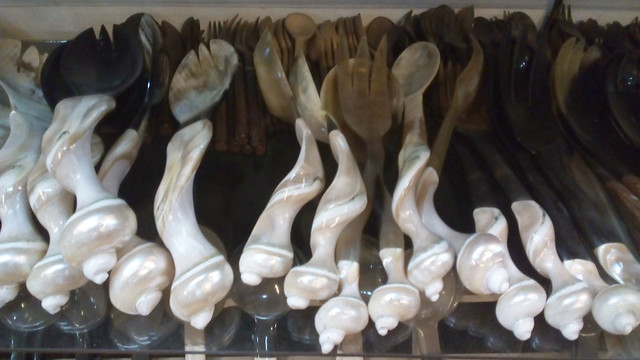 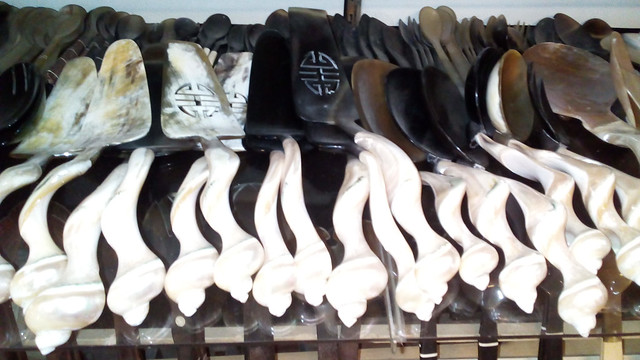 These spoons are made of some gastropod shells, most probably of green turban Turbo marmoratus. With the shell length up to 20 cm (or up to 25 cm) it is the largest species of the family Turbinidae. It’s distribution is Indo-Pacific. As of 1974 it has been listed as a “common” species. The shell is commercially important as a source of nacre (mother of pearl) and it is the most important commercial species of Turbinidae in the tropical Indo-West Pacific. It is intensively harvested and exploited in some countries. Many of its populations has been reduced.

This is a temporary pool in the southern part of the Litovelské Pomoraví Protected Landscape Area, Czech Republic at June 29, 2018. 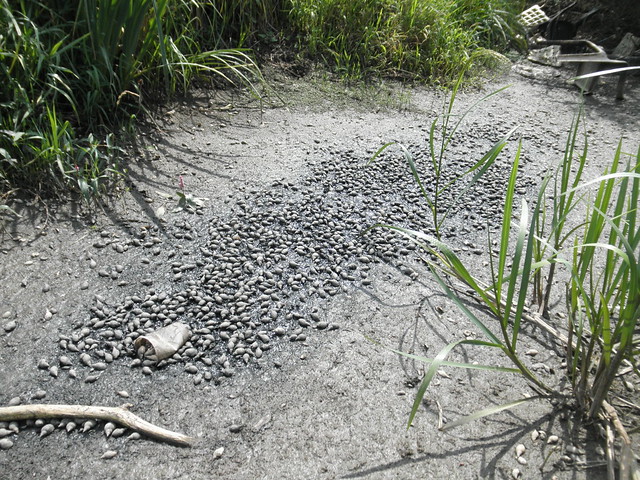 Fortunately Lymnaea stagnalis can survive outside water for some time. Most of them were still alive. 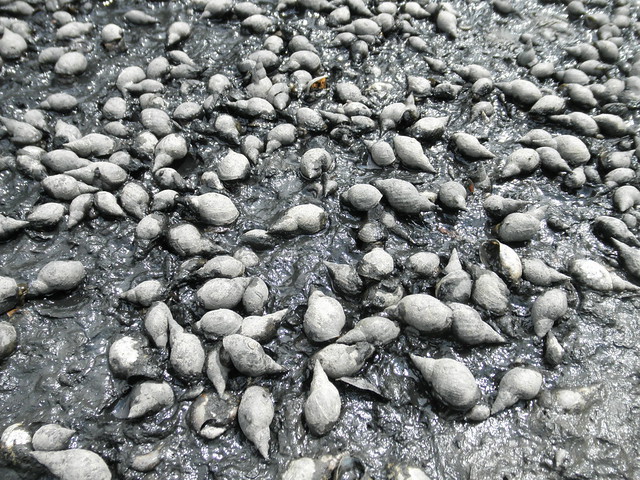 There are also some Stagnicola turricula snails (those smaller ones) among Lymnaea stagnalis. It is also species from the family Lymnaeidae. 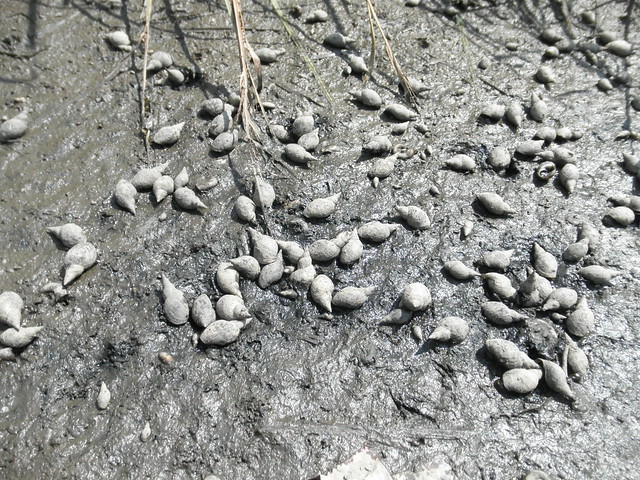