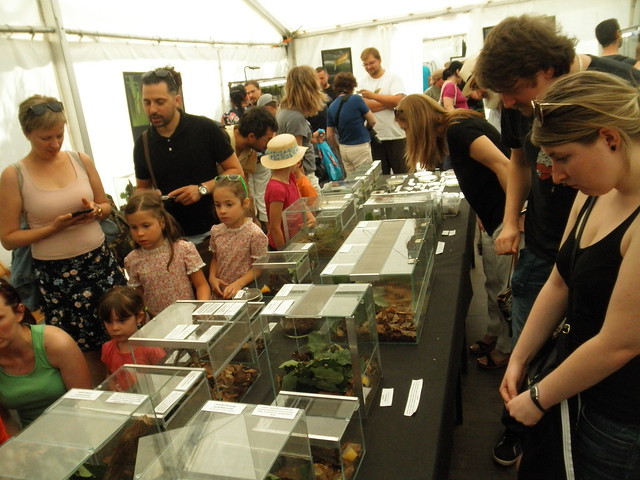 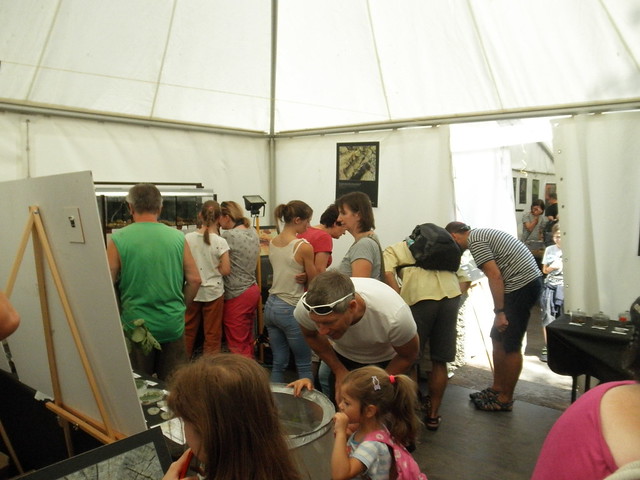 There were also number of visitors. I liked to see visitor’s faces when they became surprised by the size or appearance of some animals. Children are always fascinated by animals. Also adults were fascinated by insect and other invertebrates which they never seen before. It was common to hear parents saying things like this to children: “These caterpillars are so cool!!! I have to take a photo of you with them!” And so on. 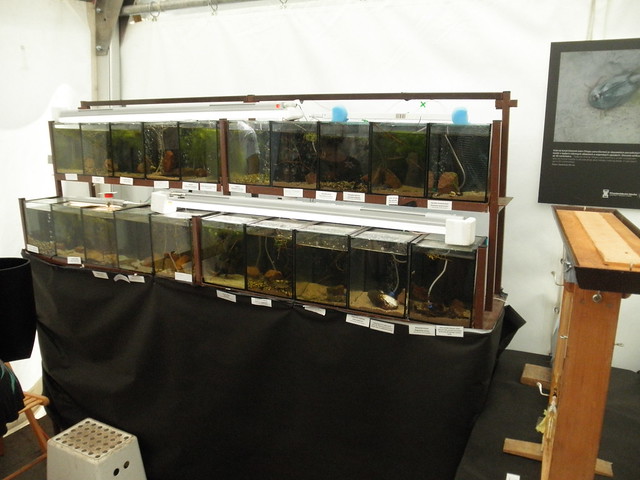 Molluscs are also invertebrates so there were some freshwater bivalves and freshwater gastropods and land gastropods: 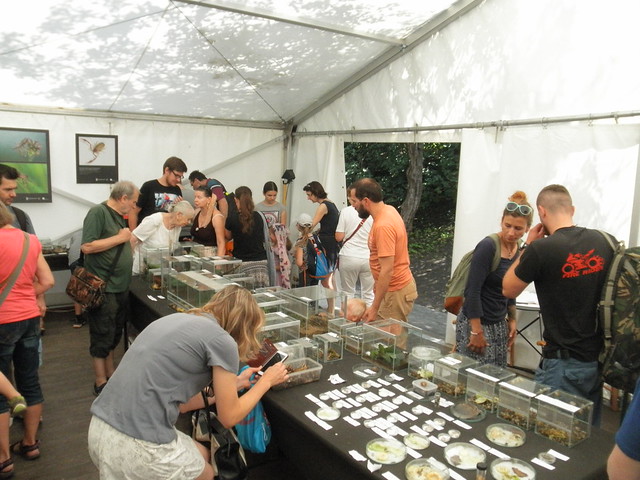 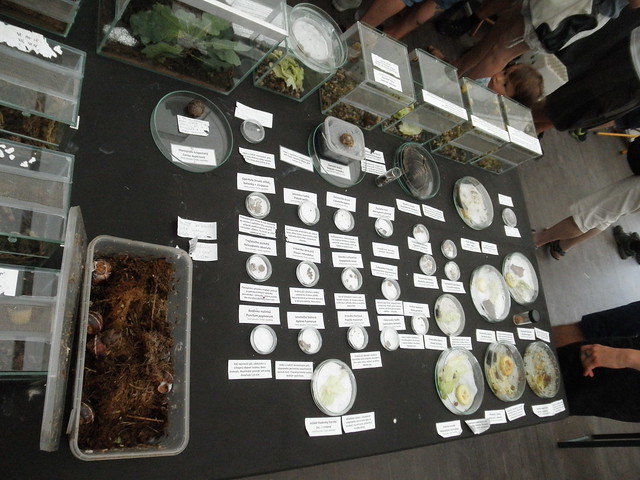 There was also an interesting species associated with gastropods. There were the following Succinea putris amber snails crawling on a Petri dish: 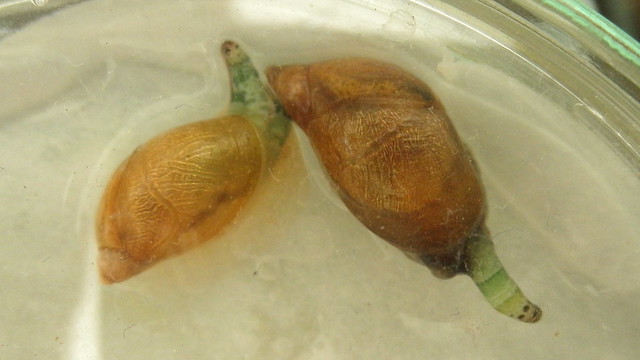 Two Succinea putris snails. Each of them has one Leucochloridium paradoxum in the left tentacle.

There is a parasite inside the tentacle of these snails. The parasite is a trematode species with the name Leucochloridium paradoxum. They have a life cycle with the intermediate host like other trematodes. The intermediate host of Leucochloridium paradoxum are Succinea snails. When the snail eat a dropping from an infected bird, the parasite will start to grow in the snail’s body. The parasite extends a part of its body into a tentacle of the snail. Then the tentacle looks like a caterpillar and it is pulsating to attract attention of birds. When a trust bird (family Turdidae) will eat the infected snail, the life cycle is complete.

It was the third year of this exhibition and I highly recommend to visit it next time.