Phyllidia flava is a species of a sea slug living in Mediterranean Sea. It lives and feeds on an Axinella cannabina sponge and on other sponges. 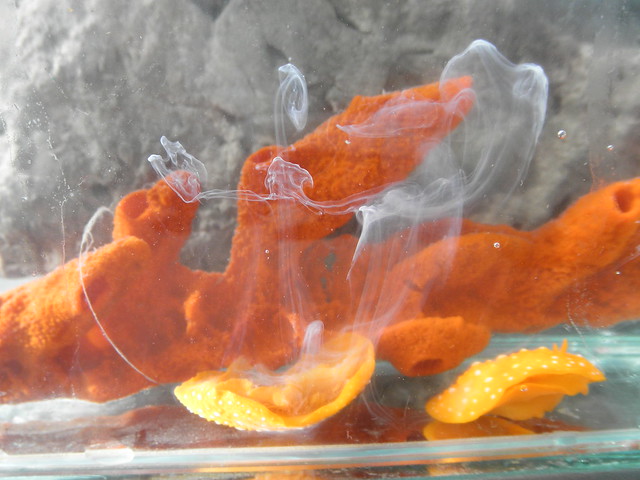 There are two Phyllidia flava slugs on the photo. The left one is emitting some chemicals as a self defensive behavior against predators. This is one of various ways of self defensive behavior, that sea slugs use. I did not hurt the slug anyhow. I just moved it from one aquarium to an aquarium for taking photos and the slug felt threatened. There is an Axinella cannabina sponge on the photo in the background too. My slugs comes from Croatia.

It did not emit the “smoke” for a long time. The slug looked after 72 seconds like this. You can also see gills between the foot and the mantle. 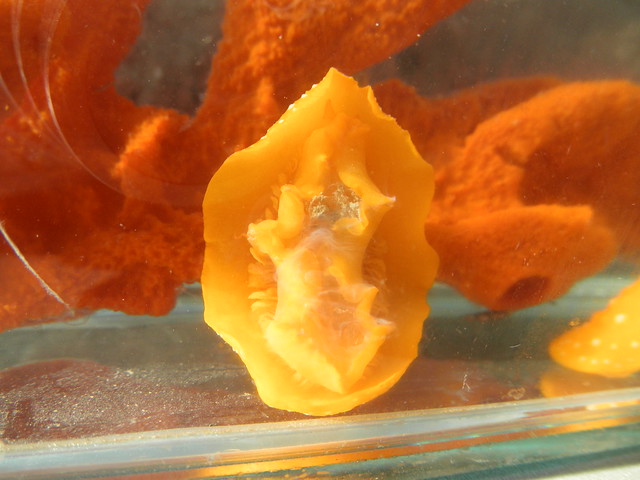