This is an original tribal ceremonial men’s feather and shell headdress from Tambanum village on the Sepik River, East Sepik Province, northern Papua New Guinea. It was made in 19th century. It was shown in the exhibition “Crown jewels in the world’s history” in Ostrava museum at December 9, 2016 – March 5, 2017. It comes from the private collection of goldsmith Jürgen Abeler, owner of the Wuppertaler Uhrenmuseum, that was closed in 2016. The headdress is in the collection of Juwelier Abeler company (juwelier means jeweler) in Wuppertal now. I was happy to see it because it was the only thing on the exhibition, that contained shells. 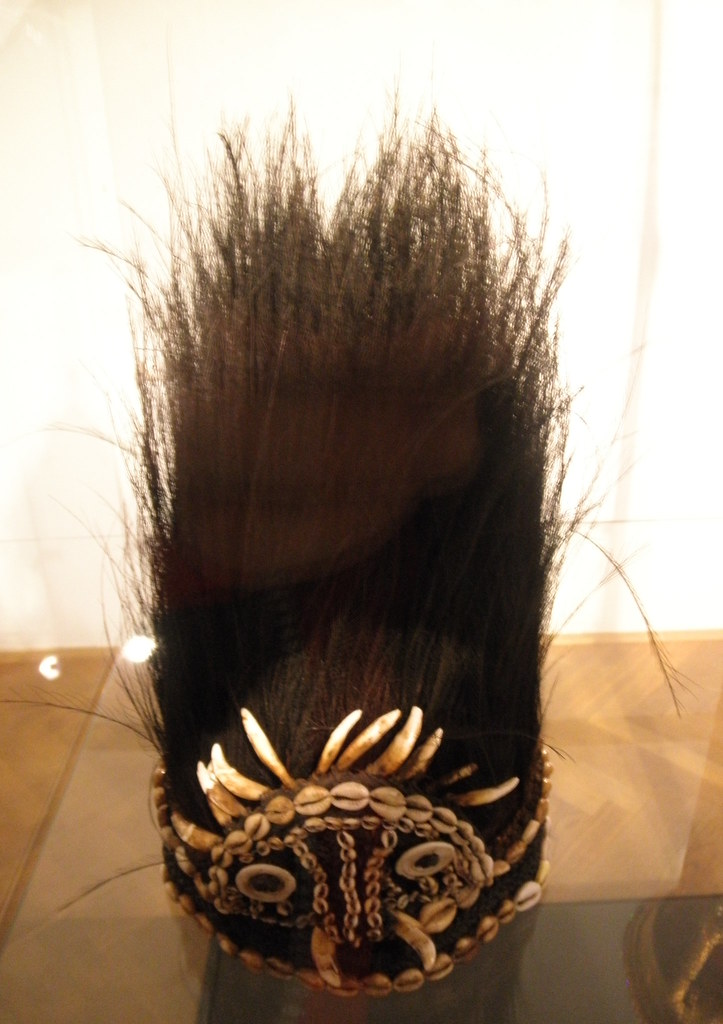 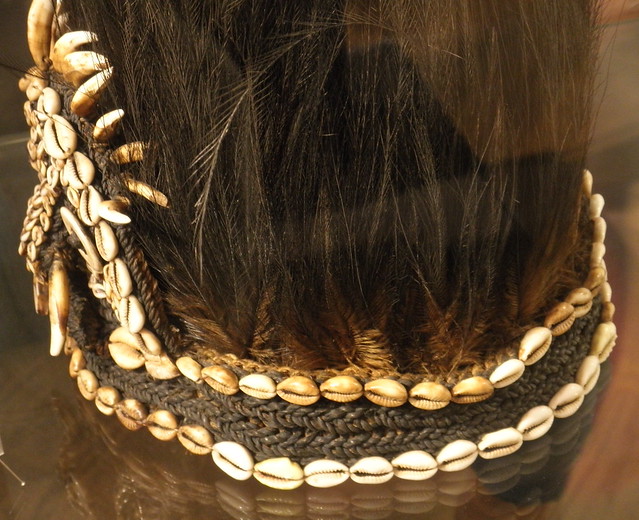 Larger shells are some species from the family Cypraeidae. It is probably Monetaria moneta, a common species, that was used as a shell money in various parts of the world including the New Guinea.

The smaller shells are also from marine gastropods, but I did not identify the species. Some headbands and other things from the area contain the same shells that are called “Nassa shells”. This does not mean the genus Nassa from the family Muricidae. It may mean some species from the family Nassariidae, that are commonly known as “Nassa mud snails”.

There are also used animal teeth and number of strings. 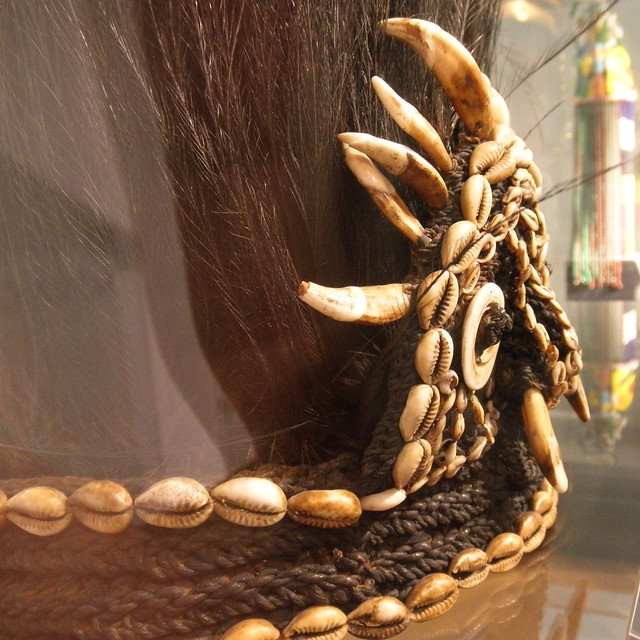 I also do not know what is the material, from which “eyes” of this headdress were made. It looks like the same thing on the ancestor’s figure.

Such headdresses were and are used to emphasize the status of the owner. They are worn usually in festivals. 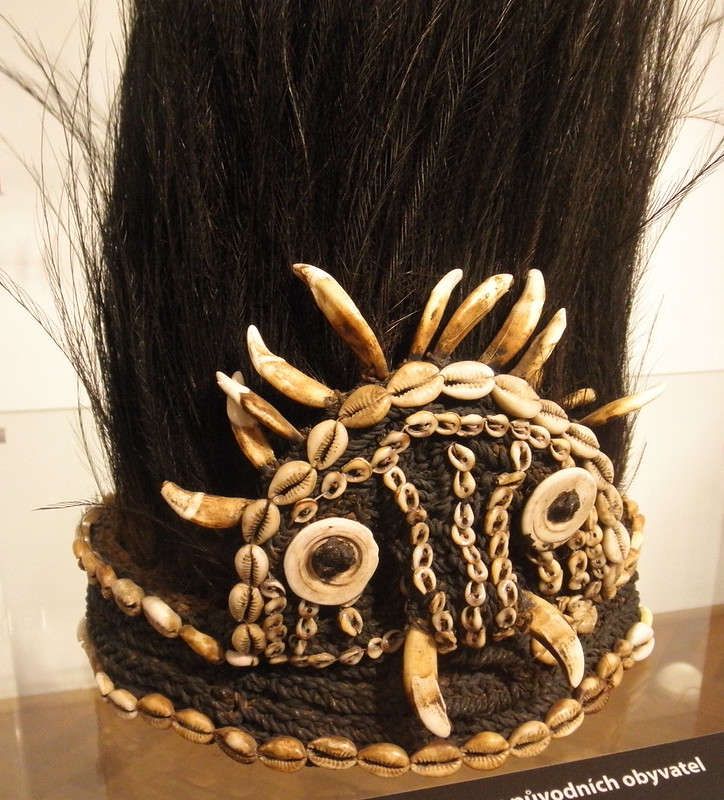 The headdress also closely resembles for example feathered headdress for ancestor’s skull made by Asmat people.

That’s all. And if you can identify those small shells, let me to know. Thanks.