Umbraculum umbraculum is quite large marine gastropod. It belong to the family Umbraculidae. It can grow up to 15 or 20 cm. The color may vary from yellow to brown or to red.

There are two populations worldwide. One population in Indo-West Pacific region and one population in east Atlantic and Mediterranean region. The later one was considered as a separate species Umbraculum mediterraneum. They are considered synonymous although there exist no review of the genus yet. My Umbraculum comes from Croatia and I have take following photos ex situ.

The shell is much smaller than the animal body. The shape of the shell is cap like or limpet like. The tip of the shell seems to be pointing in some direction sometimes, but the tip does not allow to identify the head region if the animal is retracted. The shell is always covered with some growths. 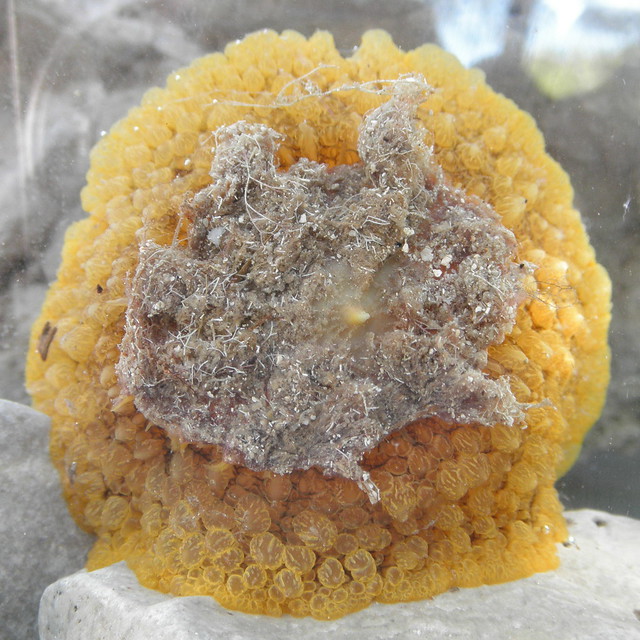 There are many tubercles on its mantle. Detail of tubercles: 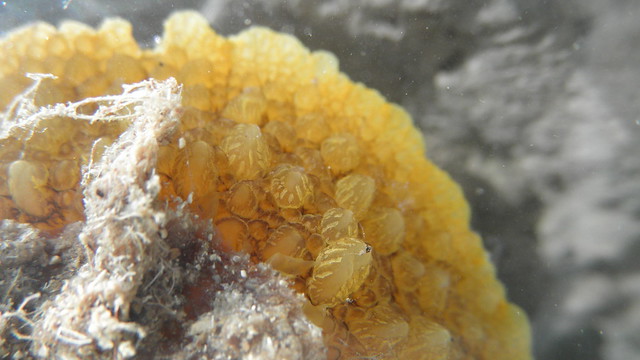 Foot is also circular even when the animal is crawling: 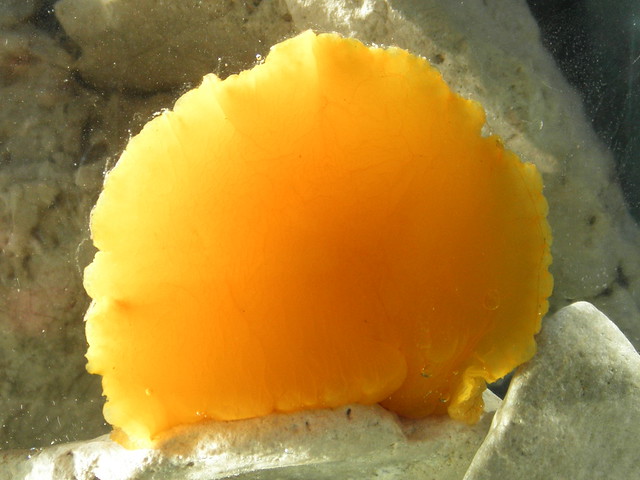 There is a gill on the right side of the body just below the shell. There are visible lamellae of the gill under the shell. 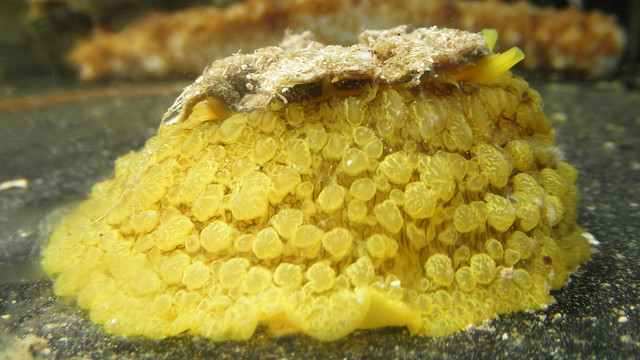 Its dark eyes are between tentacles (rhinophores). 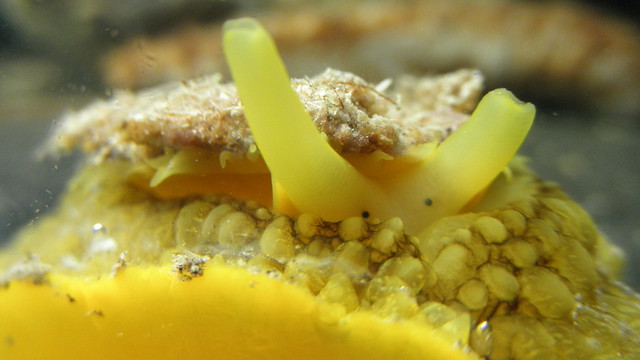 I was no lucky to get a proper photo of its frontal slit region, that contain mouth and permanently protruded penis. Maybe next one.

Umbraculum umbraculum feeds on sponges (Porifera) from the class Demospongiae. Yes, SpongeBob should be afraid of this snail beast! Other ones can enjoy this snail species, because it certainly awaits for further interesting discoveries.