Adults of freshwater gastropod Ancylus fluviatilis have a cap-like shell. But shells of its embryos are a bit different. You can find eggs of Ancylus fluviatilis in spring and in early summer on stones in streams. I found these eggs in northern Bohemia in June.

Eggs are laid in capsules. There are 9-12 eggs in each capsule. 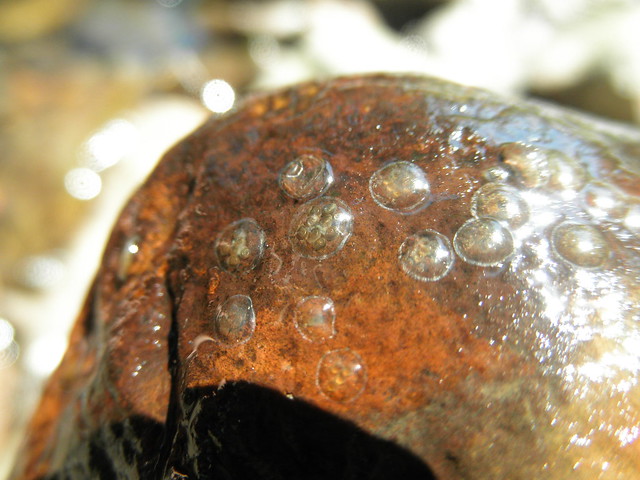 There can be seen foot, eyes and tentacles under stereo microscope easily in this state of development. There are also ribs on the shell, that resemble ribs of some Patella species to me. I have taken the photo in situ.

I found no images of eggs of Ancylus fluviatilis for comparison on the internet after a brief search.