The photo of this land slug is from the tropical moist forest in northern Madagascar. It was identified according to the photo only. It is either Elisolimax bella or Elisolimax madagascariensis. Genus Elisolimax belong to the family Helicarionidae.

I thank to Martin Mandák from the Czech Republic for taking the photo.

I thank to Owen Griffiths from Mauritius for the slug identification. 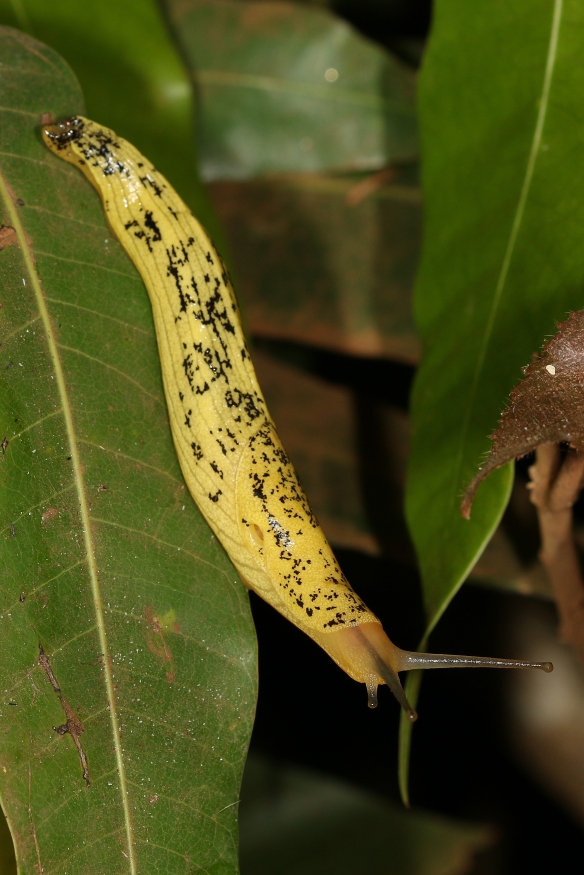