Valvata piscinalis is a freshwater snail native lowlands in Europe. It was introduced to the USA. Snails in the family Valvatidae are hermaphrodites.

The width of the shell of my Valvata piscinalis snail is 5.5 mm and the height of the shell is 5 mm. There is an operculum closing the aperture: 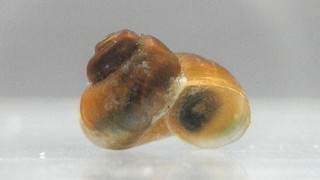 The frontal part of the foot is widened. The snail has a snout. Eyes are on the base of cephalic tentacles. It has one pallial tentacle on the right side of the body, that is visible as it is extended from the shell:

There is a penis above the right tentacle. The distal part of the penis is in the mantle cavity: 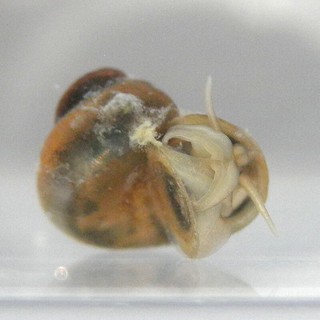 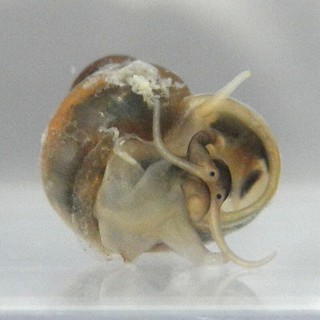 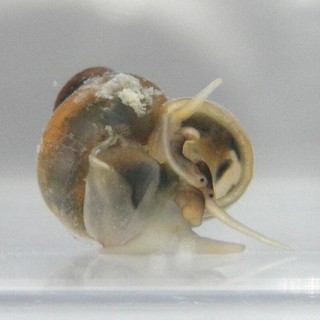 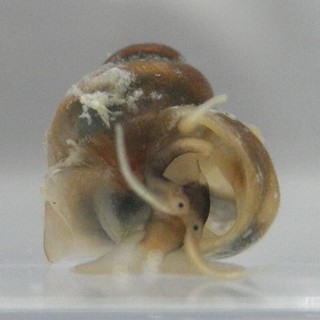 Valvata piscinalis has a gill, but the gill is not visible on my photos. I should remove the detritus from the snail and I should take a photo of the gill too. Maybe next time.