This photo is a four-eyed beast in a psychedelic green forest. 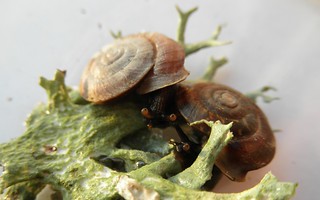 No, I was joking, these are two Helicigona lapicida snails on a lichen. 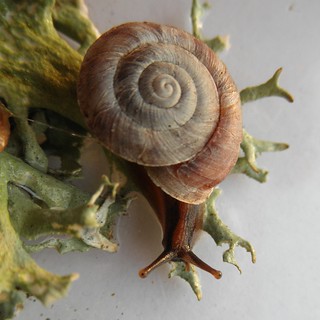 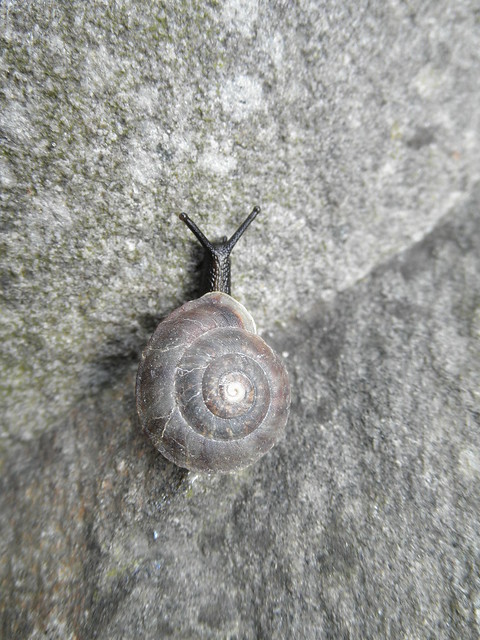 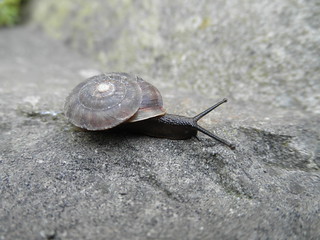 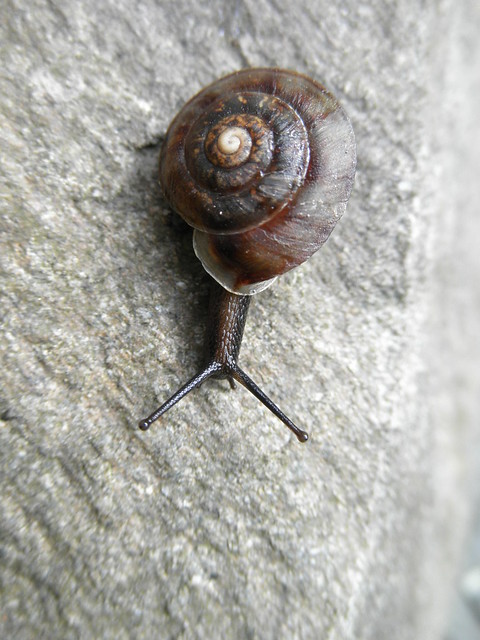 A right side views: 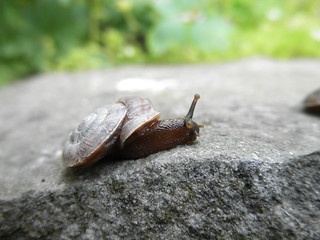 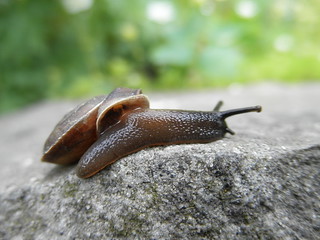 Two snails on a rock: 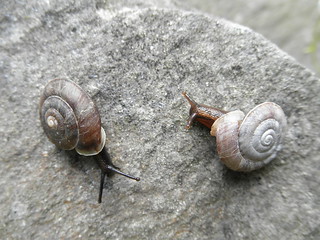 Why it is on those stones on these photos? It is because inhabits rocks and walls. It is quite common snail already described by Carl Linnaues in 1758. Linnaues used the specific name lapicida for this snail, because he thought that its mucus can dissolve limestone rocks. The Latin word lapis means the “stone”, the Latin suffix -cida means “cut out”. The Latin word lapicida means the “stonecutter”. It can not dissolve stones in fact. 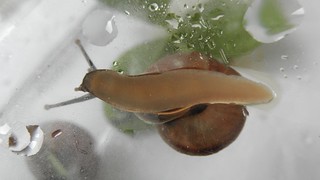 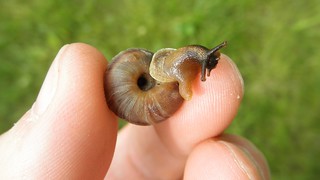 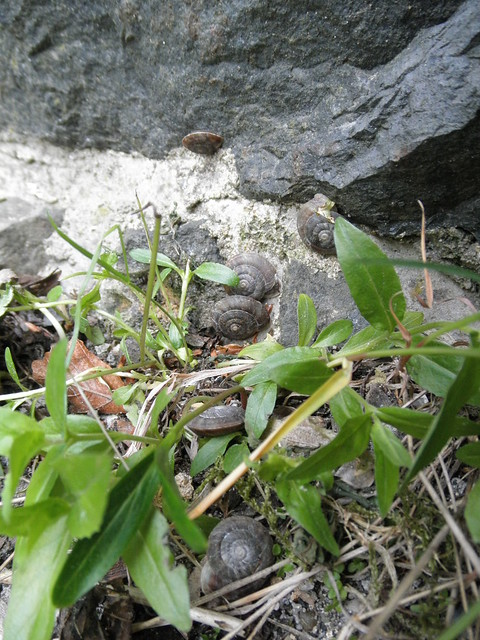 What does it eat on those rocks? Lichens. Like this one: 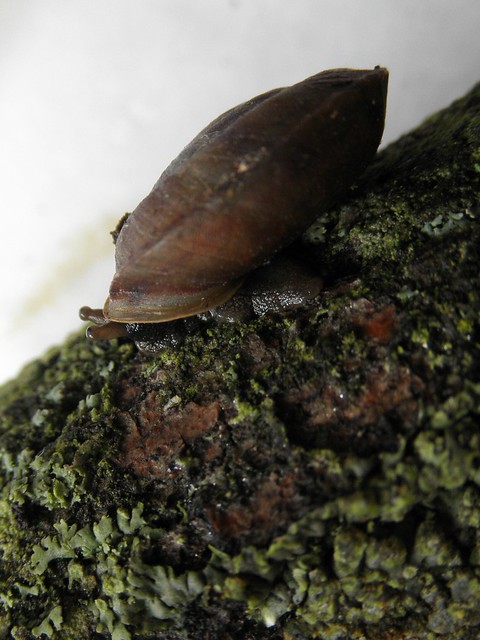