How I removed leeches from Tylomenia snails.

There exist an antiparasitic agent flubendazole, that can be applied against leeches (and also against planarians) in aquaria, but flubendazole would kill also all freshwater snails. Planorbella are the only known snails, that are nearly resistable to flubendazole. Flubendazole is insoluble in water and deadly concentration for snails will stay in aquarium for few months.

Behrendt & Lukhaup (2011) recommend to pick leeches up. I was checking snails and leeches for a week, but leeches were still on snail bodies. So I tried another plan. They can be very easily pick up from walls of aquarium, but they are crawling outside snail bodies very rarely.

I found no guideline how to do that and keep snails alive so I had to invent my own way.

At the website http://www.versaquatics.com/treatmentandmethodology.htm there are ways how to keep fish healthy. One of described methods uses alcohol for removing leeches from a body a fish. I decided to use the same method for snails.

I used toothpick with a cotton. I soaked it to a strong clean ethanol (about 70%-90%). I have put a snail out of water and I waited when the snail will stretch out.

It is necessary to put it to the water sometimes, but Tylomenia snails are quite resistant. My orange Tylomelania are smaller (shell height 40-45 mm) than yellow-black ones (shell height 61-64). Orange Tylomenia were stretching out of a shell more often and more extensively than those yellow black bigger ones. I think, that Tylomenia towutensis is afraid of any fast move in its surrounding and it is also at least partially afraid of light. It is more active during night in the aquarium. But maybe larger snail’s body is more difficult to manipulate out of water than smaller body. Therefore it is more difficult to remove leeches from larger Tylomenia snails.

When you will finally touch a leech with alcohol soaked cotton, the snail will hide inside its shell. Rarely a leech will stay on the cotton immediately. Usually the snail will create much mucus that will cover the dead leech. When the snail’s body will appear again, you can remove the dead leech covered with mucus quite easily with a brush or with pincers carefully. Anyway a drop of ethanol will kill a small leech immediately while a snail will survive.

It is time consuming method, but I do not know a better one. Moreover sometimes leeches are hidden under the snout or bellow tentacles and then it is impossible to remove them. The only way is to put a snail back to aquarium and to wait to another day when a leech will be on another part of the snail’s body.

Leeches are agile and they can move from a snail to another snail when snails are close to each other. Therefore it would be fine to keep healed snail from infested ones.

Orange Tylomelania with a leech on its head:

Orange Tylomelania with two leeches. There is also visible a snout and a genital groove:

Leeches can occur anywhere on the snail’s body: 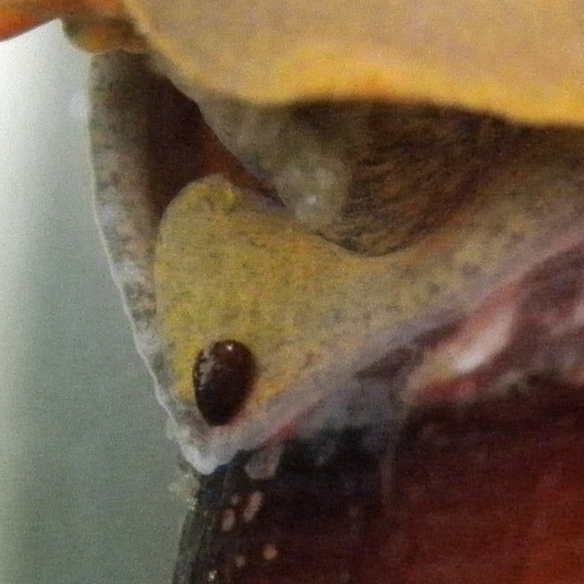 Leeches are not clearly visible on other non-orange Tylomelania snails especially when there is detritus all around. There are two small leeches on a yellow-black Tylomelania (Tylomelania ? towutensis) – one under the right eye and one between right eye and the shell: 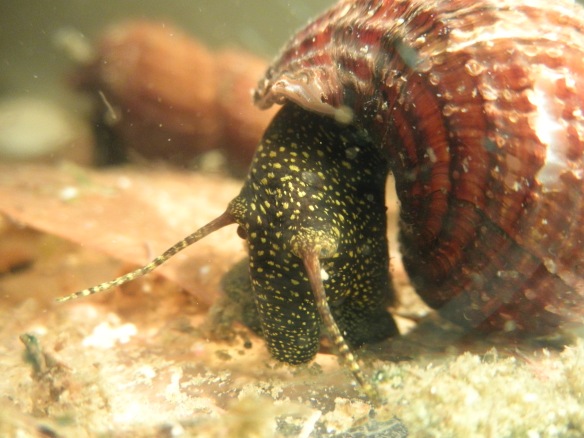 A leech on the snout under the right tentacle: 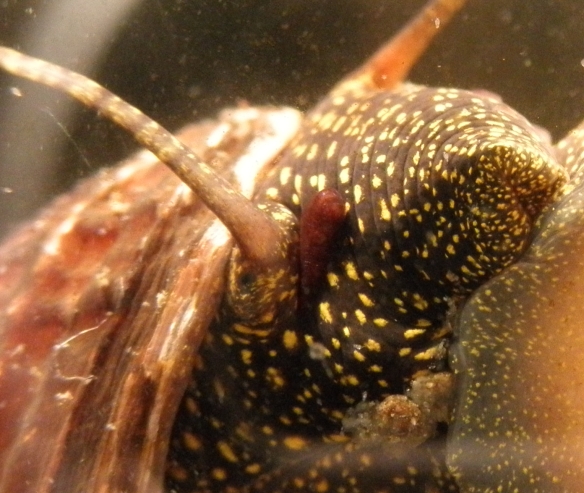 There is also visible an egg transfer groove on the Brotia pagodula: 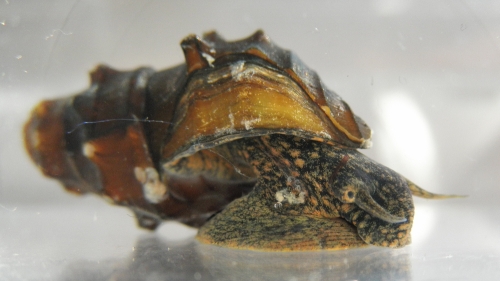 Dorsal view of an unidentified leech:

Ventral view of a leech: 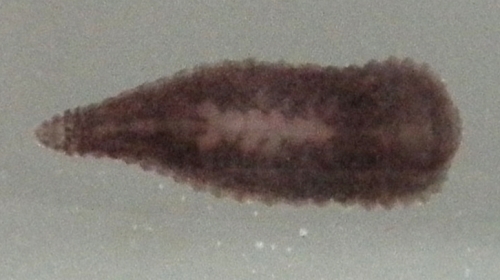 Ventral view of a shrinked leech clearly shows its posterior sucker (on the right):

I stored leeches in ethanol for possibility of identification in the future.

7 thoughts on “How to remove leeches from freshwater snails”