Eucobresia diaphana is a semi-slug with Alpine-central European distribution that occur in wet cold places.

My specimen comes from Hrubý Jeseník Mountains, the Czech Republic, from altitude 764 m above sea level. In the surrounding Poland it lives only in Lower Silesia.

Eucobresia diaphana requires wet environment always. I have highly underestimated this requirements. I have placed the semi-slug to dry paper box. Eucobresia diaphana did not survive transport in such conditions in less than two hours. The semi-slug was completelly dried in less than two hours and it was fixed to the box, so when I have tried to take it, the dried body has broken! I had to use at least moist paper box when I had no other box.

This embarrassing example shows, how some gastropods are very sensitive to environmental conditions. 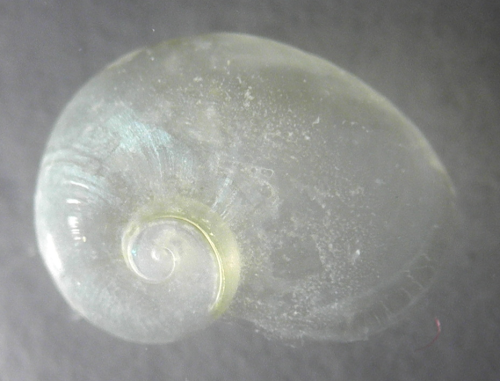 Umbilical view of the shell: 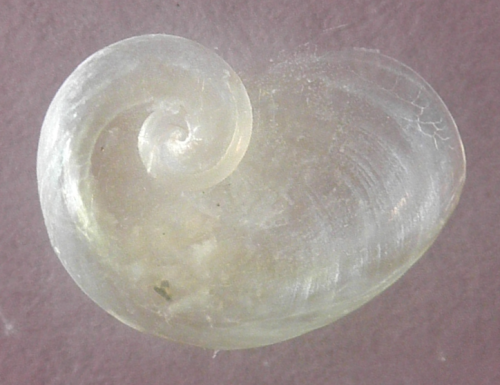 The umbilical view of the shell enables view of apex because columella is curved in such way, that all preceeding whorls are visible. Such shells are called “strofostylní” in the Czech language.

I have taken these photos of the fresh shell in water to show the shell undamaged including undamaged apertural membrane. You can compare these photos with photos of dried shells at AnimalBase.

I have taken these photos of translucent shell on white background (white paper). There were not seen much details on the shell in direct light, so I made these photos in a shadow with reflected light. A little bit red color on the second photo is a shadow or the light, that moved through my own hand (I have used very strong light source).