Finally I have taken some photos of Oxychilus draparnaudi feeding on Trochulus hispidus after two months and half of keeping it.

I have taken the first photo on 15 October 10:34 AM and it stopped feeding on 10:52 AM. Although it is referred as a nocturnal animal, I was glad to see it feeding on daylight. It was sunny day, so taking photos was not difficult.

The first photo shows the foot, because it was feeding on the transparent lid of the terrarium. The predator was holding the whole of its prey when it was upside down.

Then I have removed the lid and rotated the lid to take these photos: 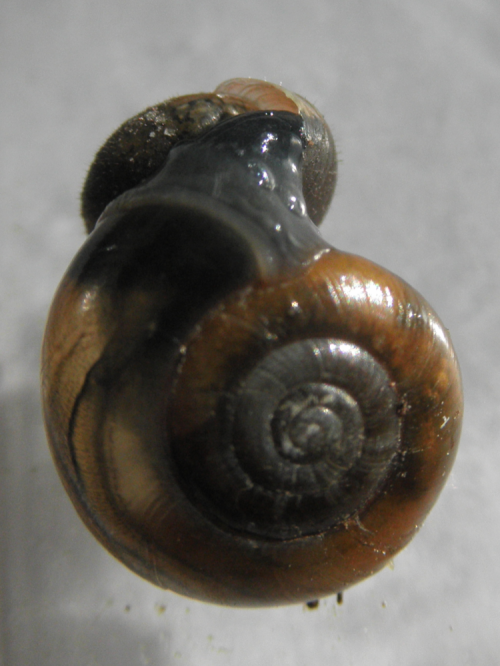 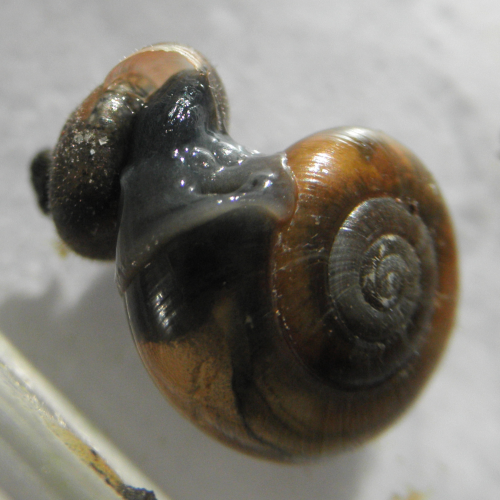 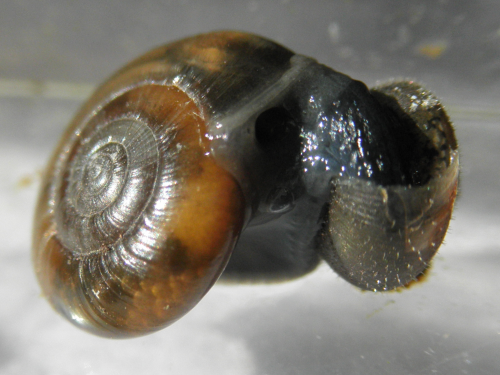 First photos immeditelly after the feeding:

Usually after the feeding process are shells empty and clean. I have probably distrubed its feeding process, because it seems that it have eaten the body of the first 3/4 of the first whorl only. The same shell of Trochulus hispidus still contain some material inside: 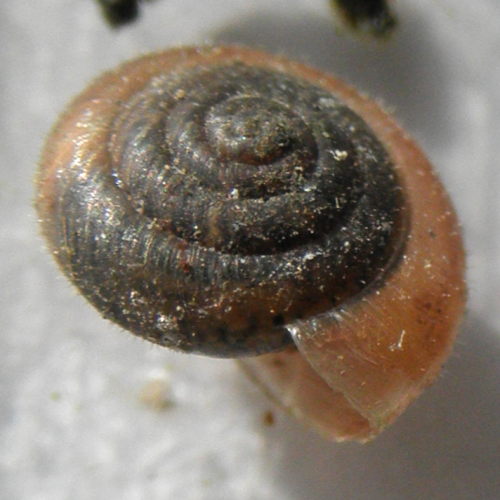 continuously updated spreadsheet with data what Oxychilus draparnaudi have eaten.