I wanted to see how the predaceous snail Oxychilus draparnaudi hunts and eats its prey. It is called to be typical predaceous species. But after 10 days of keeping it at home I have not seen it hunting yet.

5th August – added 3 Trochulus hispidus. They have cucumber as a food source. Even when the predator was at least one day without the food and its prey has been crawling on the predator’s body, it has not been hunting them during the day. 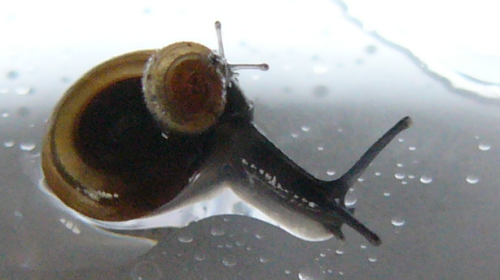 7th August – found Trochulus hispidus (shell width 5.5 mm) eaten at 9:01 and I have taken the photo of Oxychilus above the empty shell.
–  added 6 Trochulus hispidus
– added 2 adult Laciniaria plicata. I have no idea if it will be able to eat them.

Results:
All my controls when I have found empty shells, were during the day, but the Oxychilus draparnaudi is nocturnal. Some controls were at night.
It have eaten 5 snails during 10 days.
I found no damage on shells of the eaten Trochulus and shells were completely clean inside (but with water).

Any hints how to see it hunting? 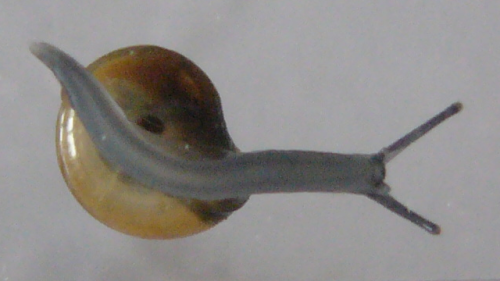